Writing Quotes to Make You Feel Like a Writer

‘Artists are the antennae of the race.’ – Ezra Pound

‘In all my work what I try to say is that as human beings we are more alike than we are unalike.’ – Maya Angelou

‘Ultimately, literature is nothing but carpentry. With both you are working with reality, a material just as hard as wood.’ – Gabriel Garcia Marquez

‘True ease in writing comes from art, not chance
As those move easiest who have learn’d to dance.’ – Alexander Pope

‘You don’t say, “I’ve done it!” You come, with a kind of horrible desperation, to realise that this will do.’ – Anthony Burgess 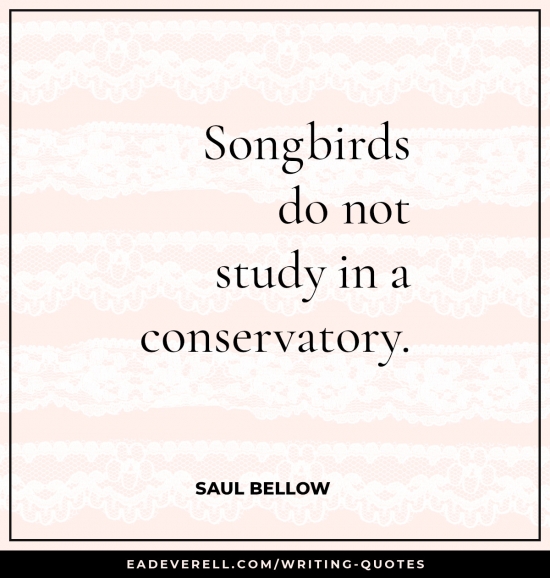 ‘The proper study of mankind is books.’ – Aldous Huxley

‘… this business of becoming conscious, of being a writer, is ultimately about asking yourself, as my friend Dale puts it, How alive am I willing to be?’ – Anne Lamott

‘The greatest thing in style is to have a command of metaphor.’ – Aristotle

‘Good writers define reality; bad ones merely restate it. A good writer turns fact into truth; a bad writer will, more often than not, accomplish the opposite.’ – Edward F. Albee

‘A writer is somebody for whom writing is more difficult than it is for other people.’ – Thomas Mann

‘I have always liked to let things simmer in my mind for a long time before setting them down on paper.’ – William Somerset Maugham

‘The great enemy of clear language is insincerity.’ – George Orwell

‘If you are in difficulties with a book, try the element of surprise: attack it at an hour when it isn’t expecting it.’ – H.G. Wells

‘I think I may boast myself to be, with all possible vanity, the most unlearned and uninformed female who ever dared to be an authoress.’ – Jane Austen

‘It’s much more important to write than to be written about.’ – Gabriel Garcia Marquez

‘With each book you write you should lose the admirers you gained with the previous one.’ – André Gide

‘Everyone thinks writers must know more about the inside of the human head, but that is wrong. They know less, that’s why they write. Trying to find out what everyone else takes for granted.’ – Margaret Atwood

‘A bad book is as much of a labour to write as a good one; it comes as sincerely from the author’s soul.’ – Aldous Huxley

‘The last thing one discovers in composing a work is what to put first.’ – Blaise Pascal

‘Books must be the axe to break the frozen sea inside me.’ – Franz Kafka

‘A novel is balanced between a few true impressions and the multitude of false ones that make up most of what we call life.’ – Saul Bellow

‘The love of novels is the preference of sentiment to the senses.’ – Ralph Waldo Emerson 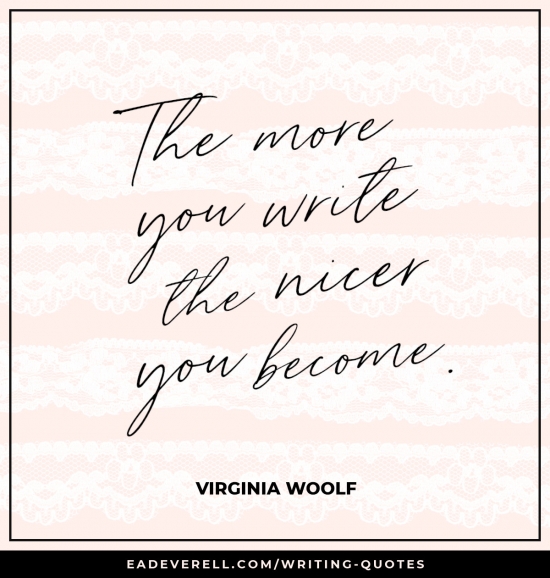 ‘The true university of these days is a collection of books.’ – Thomas Carlyle

‘Of all the inanimate objects, of all men’s creations, books are the nearest to us, for they contain our very thoughts, our ambitions, our indignations, our illusions, our fidelity to truth and our persistent leaning toward error.’ – Joseph Conrad

‘My books are water; those of great geniuses are wine. Everybody drinks water.’ – Mark Twain

‘I suggest that the only books that influence us are those for which we are ready, and which have gone a little father down our particular path than we have yet got ourselves.’ – E.M. Forster

‘No man is a genius to his publisher.’ – Heinrich Heine

‘It would concern the reader little, perhaps, to know, how sorrowfully the pen is laid down at the close of a two-years’ imaginative task; or how an author feels as if he were dismissing some portion of himself into the shadowy world, when a crowd of the creatures of his brain are going from him for ever.’ – Charles Dickens

‘Books are necessary to correct the vices of the polite.’ – Oliver Goldsmith

‘There is nothing we cannot learn from Shakespeare if we will only trust him.’ – Simone de Beauvoir

RELATED:  A Literary Walk Around Stratford-Upon-Avon

’We do not receive wisdom; we must discover it for ourselves after a journey that no one can take for us or spare us.’ – Marcel Proust

‘It had taken too much of his life to produce too little of his art.’ – Henry James

‘Only connect the prose and the passion, and both will be exalted.’ – E.M. Forster

‘Literature flourishes best when it is half a trade and half an art.’ – William Ralph Inge

‘A writer’s obituary should read: “He wrote books then he died.”’ – William Faulkner

‘Style is the moment of identity between the writer and his subject.’ – Marcel Proust

‘A writer knows more than he knows. He has a subconscious ability to read signs.’ – Nadine Gordimer

‘I attribute my good fortune to the simple fact that I have always tried to write straight from my own heart to the hearts of others.’ – Marie Corelli

‘I never could have done what I have done without the habit to concentrate myself on one subject at a time.’ – Charles Dickens

‘Novelists do no write as birds sing, by the push of nature. It is part of the job that there should be much routine and some daily stuff on the level of carpentry.’ – William Golding

‘Like all obsessive people novelists don’t really ask themselves why they do it – so when people ask them they’ve got to make up reasons.’ – Thomas Keneally

‘Isadora’s desk appeared a random mess, but like a novel in progress it had an inner logic apparent only to its begetter.’ – Erica Jong

‘Writing, to me, is simply thinking through my fingers.’ – Isaac Asimov

‘All writers arrange objects around them in a way that means nothing to anyone except their owner. Then you feel safe and can set out on some sort of voyage of the mind knowing you’re going to find your way back.’ – Redmond O’Hanlon

‘I tell myself what I have always told myself. It is what all writers have told themselves, consciously or otherwise. The things you feel are universal.’ – Martin Amis

‘The great thing about not having studied literature is that you don’t think obscurity is profound.’ – Vikram Seth

‘People talked about his [Dickens’] characters as if they were next-door neighbours or friends.’ – George Eliot

‘One of the first things you learn as a writer is that you write what you can, not what you want.’ – Gabriel Garcia Marquez

‘The more we study art, the less we care for nature.’ – Oscar Wilde

‘A great mind must be androgynous.’ – Samuel Taylor Coleridge

‘Read not the Times, read the Eternities.’ – Henry David Thoreau

‘I’m glad you like adverbs. I adore them; they are the only qualifications I really much respect.’ – Henry James

‘What I gained from Joyce was this awed realisation that you don’t have to go anywhere at all except round the corner to flesh out a literary work.’ – Henry Roth

‘Pay no attention to what the critics say: no statue has ever been put up to a critic.’ – Jean Sibelius

‘… the more you write, the nicer you become.’ – Virginia Woolf

‘… if you write for long enough and often enough, it becomes in the end as natural a function as breathing or eating…’ – Fay Weldon

‘Those who write (unlike those who do) have the luxury of being against all establishments.’ – John Fowles

‘To me it would not be more absurd if the shoemaker were to wait for inspiration, or the tallow-chandler for the divine moment of melting.’ – Anthony Trollope

‘A memoir is how one remembers one’s own life. An autobiography is history.’ – Gore Vidal

‘Plot comes of course from character, but as E.M. Forster has pointed out, you may create the most scintillating characters who will sit about and be too lazy to involve themselves in a plot at all.’ – Sir John Mortimer

‘A problem with writing the life of a writer is that writers don’t have a life.’ – Jasper Gerard

‘My study, lined with books, reflects my interests, confines my identity as a writer, and reinforces my sense of what kind of person I consider myself to be.’ – Anthony Storr

‘One writes only half the book; the other half is with the reader.’ – Joseph Conrad

‘Until you understand a writer’s ignorance, presume yourself ignorant of his understanding.’ – Samuel Taylor Coleridge

‘Ends always give me trouble. Characters run away with you, and so won’t fit on to what is coming.’ – E.M. Forster

I’ll be adding more writing quotes as I encounter them. Please bookmark or pin this page to remember to check back later! 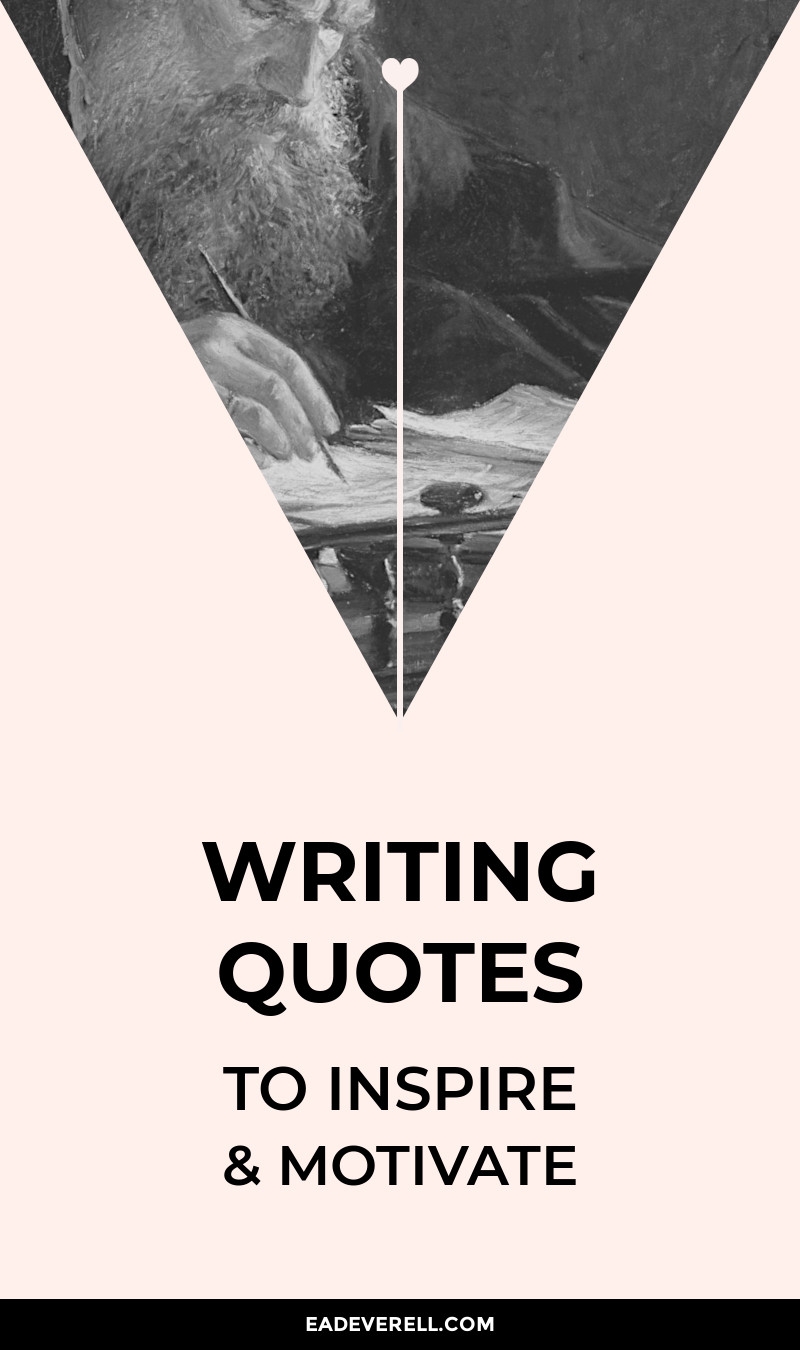 'You have the scene arrange itself — as it will

✍🏻 Tips for handwriting your novel: 1. Take