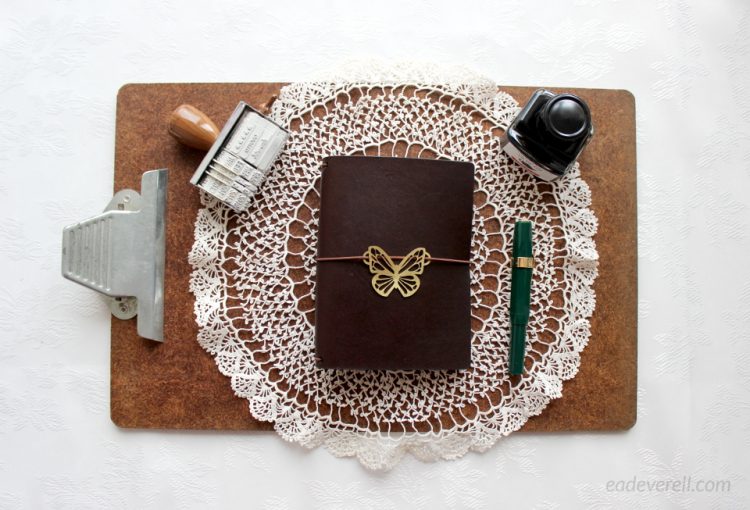 Once again, no new stories. I’m still editing The Female Correspondent. It’s taking a while because I’m using it as a test subject for my editing worksheet bundle, and my upcoming course, How to be the Heroine of Your Own Story.

One thing I’ve gratefully realised, as I edit these stories that I “finished” and published a couple of years ago, is that having a strong methodology for dealing with the plot allows me to return to pay closer attention to style. I feel I have less and less excuse to create shoddy work, which I hope indicates that my writing skills are progressing.

Journal Worksheets & #writingjournalchallenge
I’m very excited about this year’s worksheets! I journal occasionally, and I make notes in my writing journal every day, but I think there are insights to be gained from combining the two activities.

Check out the #writingjournalchallenge hashtag if you feel inspired. :)

The Hanged Man & Shadow work
The Tarot card I drew for this year was the Hanged Man, and I decided it was high time to delve a bit deeper into its teachings. To me, this card is analogous with the Shift, when paradigms are turned on their heads, and everything has to be questioned and re-evaluated.

There’s a lot more to unpack, though. In the Rider-Waite deck, the Hanged Man is Odin, who hung from Yggdrasil for 9 days in order to gain the wisdom of the runes and pass this knowledge on to mankind. It would be arrogant of me to equate my role as teacher with Odin’s feat, but I do particularly like this observation from ATA Tarot:

Telling others that they have to hang from a tree is simple, but no one wants to hang himself.

Despite the old maxim about those who can’t, the real teacher is one who has walked the path.

I first encountered the idea of shadow work in this video by Molly Roberts. and if you’re interested, I highly recommend learning from her and from Kelly-Ann Maddox’s excellent videos on the subject. They know much more about this process than I do!

I can only say that my first foray into shadow work was an expansive experience. When I “mindmapped” all of my Shadow elements – things I dislike, things I criticise, things I dislike about myself, etc. etc. – what appeared before me was a vast, interlinked web. I realised that all of my problems are just part of the same tangle which I keep reflecting back onto myself and onto other people. It made me intensely conscious of my “involuntary” judgements of others – and I thought I was already fairly non-judgemental! More importantly, it noticeably diminished the life-force-drain of these shadow elements.

As did the second exercise I tried, which was to visualise a meeting with my personified Shadow. Listening to my “evil twin” instead of shutting her up was way more fun!

Still, the process wasn’t easy. I shadow-worked diligently for a fortnight and a lot of it felt like emotional treacle. But it left me with a much deeper understanding of the Shift, and the other “underworld” stages, which I think will help me in my writing and hopefully also in my teaching.

Latin
Creating a summer study schedule is one of my yearly delights, and this season’s focus is on my long-neglected Latin. I’m still working through Lingua Latina, about which I cannot gush enough. It’s a brilliant textbook, completely in Latin, and with absolutely beautiful watercolour illustrations, perfect formatting, charming storylines, and a superb methodology.

RELATED:  How to Write Your Fastest Story Ever

The Absentee by Maria Edgeworth
I fear the only interest of this novel lies in comparing it to others, and it suffers by comparison. I have, however, made a list of some interesting quotations and words, which may have some appeal for Regency readers or writers.

Thrawn by Timothy Zahn
It’s been a while since I read Heir to the Empire, but I’ve thoroughly enjoyed Thrawn in the latest Rebels Season. Also, I’m a sucker for strategist characters. I understand Zahn had a difficult task, fitting the novel in with the now non-canon EU, and with upcoming new canon. Highly intelligent characters also always pose their own challenge.

All in all, I thought he did a good job. The use of a translator to bring in the odd foreign word was well done, and the idea of Thrawn learning to analyse human mimics was interesting, although the execution was a bit repetitive. The backstory of Arihnda Pryce was also interesting, and worked well to “normalise” the imperialists.

The One vs. The Many by Alex Woloch
It’s been a while since I’ve read any literary criticism, but I found this book very stimulating. I highly recommend it if you’re interested in a deconstructionist reading of Pride and Prejudice.

The Lüneburg Variation by Paolo Maurensig
More on this novella in an upcoming post! :)

Norse Mythology
I’m not sure which text this video draws from, but I thoroughly enjoyed the storytelling, and the narrator’s voice. If you have any recommendations for Norse mythology books, please let me know on Insta!

My new Galen Leather traveler’s notebooks
I don’t know why it took me so long to get a traveller’s notebook, especially considering I love this binding system and use it in my printable journals. But all of a sudden I have 3 of them… one in A5, one in regular, and one in passport size. 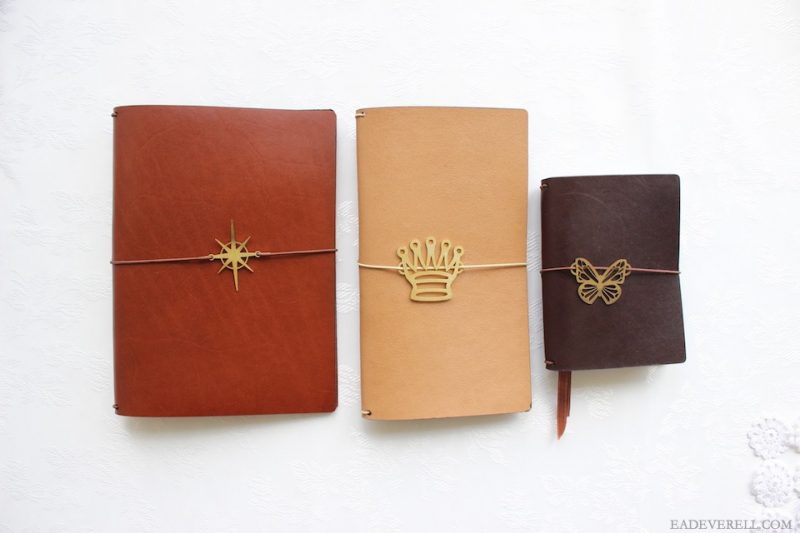 Peaceful Cuisine
If there is such a thing as hyperrealism in videos, surely these videos are in that genre. I don’t personally enjoy cooking, but watching Peaceful Cuisine feels like a kind of meditation.

Alethiometer app
I don’t think this is the perfect implementation of an alethiometer. I would much rather it gave 3 symbols, but chose one of the meanings depending on how many times the needle stopped at each. Nevertheless, it totally works, in my opinion!

Custom Adminbar Menus Plugin
I’ve never been able to figure out why the WordPress admin bar links to themes, widgets and menus, but not to posts and pages. Do you really change your theme more frequently than your blog posts?? This plugin fixes that.

J. Herbin Lie de Thé
This ink combines my two favourite exercises: writing and tea-drinking. I’m using it in my Kaweco Sport with a medium nib and the shading is just gorgeous. It makes the text look a bit like aged iron gall, especially on tea-stained paper. Love it! 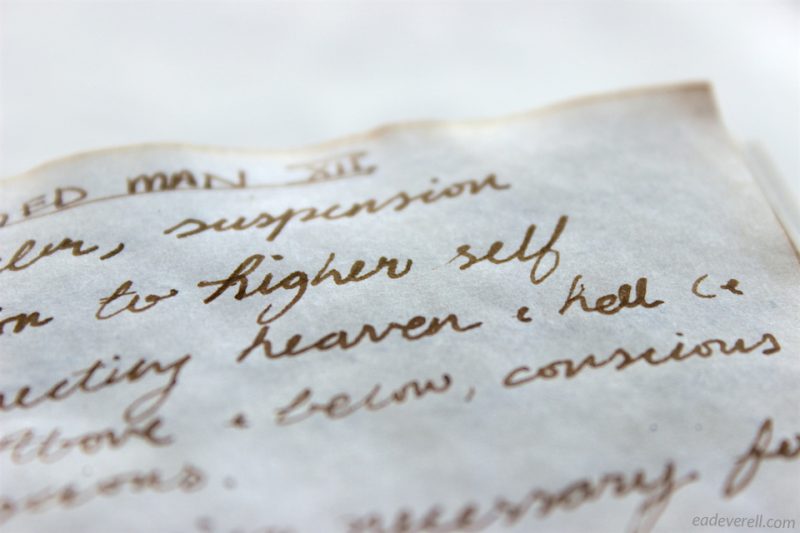 Molly Roberts’ videos
I’m not a witch, but I’m fascinated by everything Molly talks about, and enchanted by her voice and intonation. If you substitute “writing journal” or “diary” for “grimoire”, I think you’ll find an abundance of inspiration in this video.
Magical, right? Read Molly’s blog, subscribe to her Youtube channel, sign up for her moon baby mail and buy her meditations!

Things I’ve Been Looking Forward To 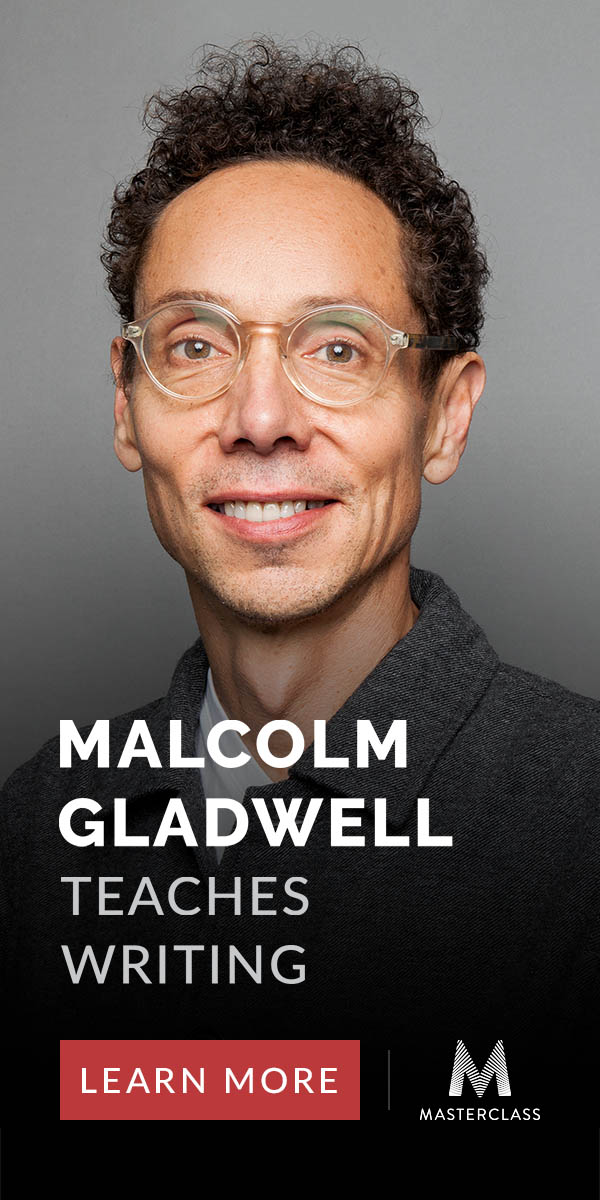