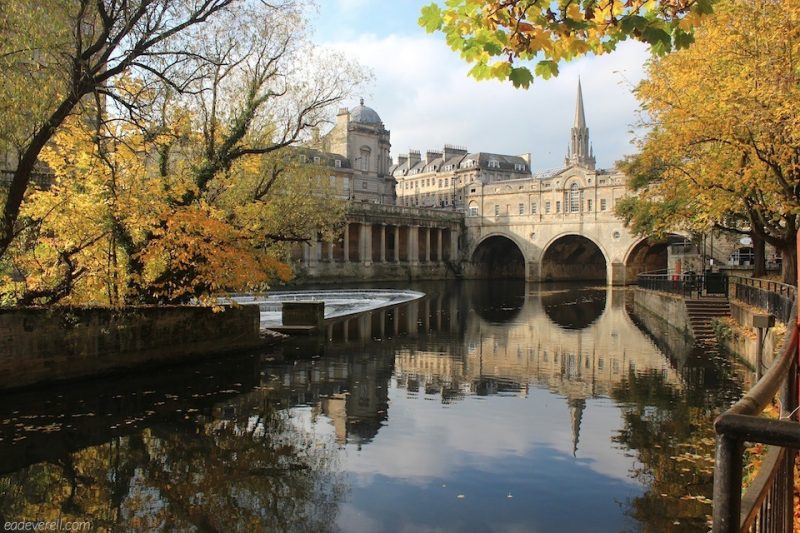 More perfect weather and charming tea-rooms. I have been rambling, putting together another literary walk; hardly difficult as there are few streets in the centre of Bath that haven’t been graced by at least one eminent scrivener. Unfortunately, the novelty makes it all too difficult to novel, which is why I’m leaving before November, half-envious of the self I leave behind. 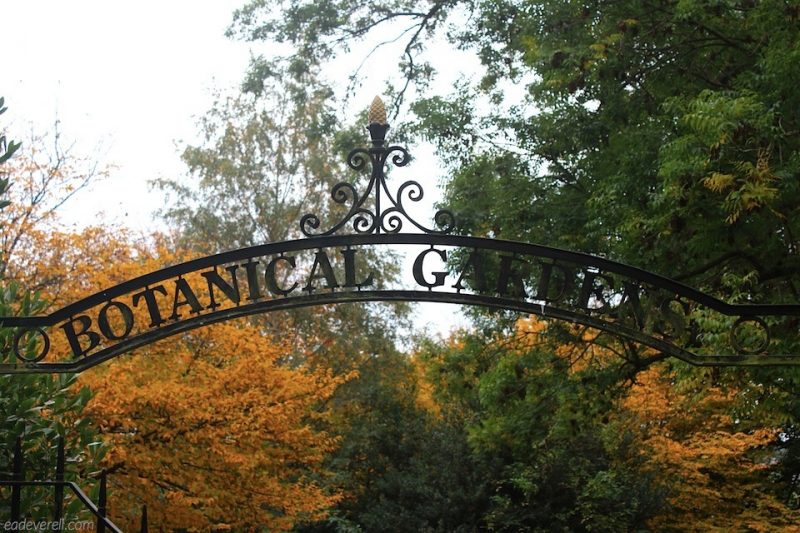 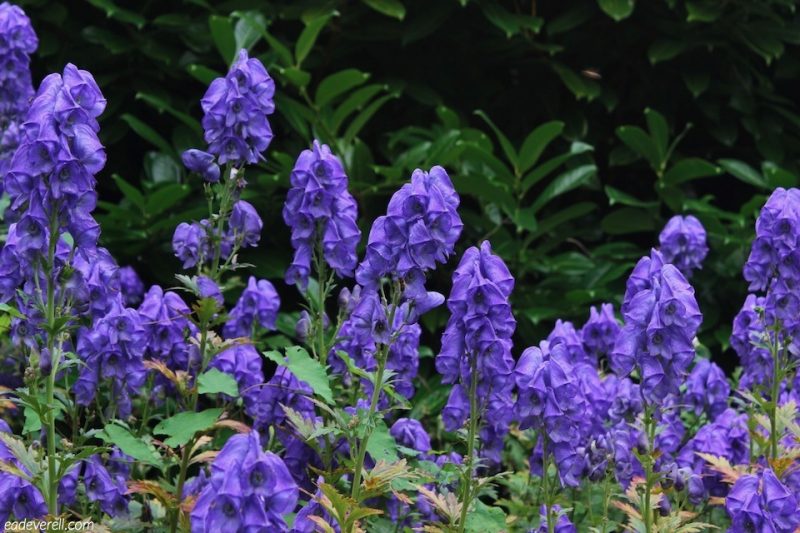 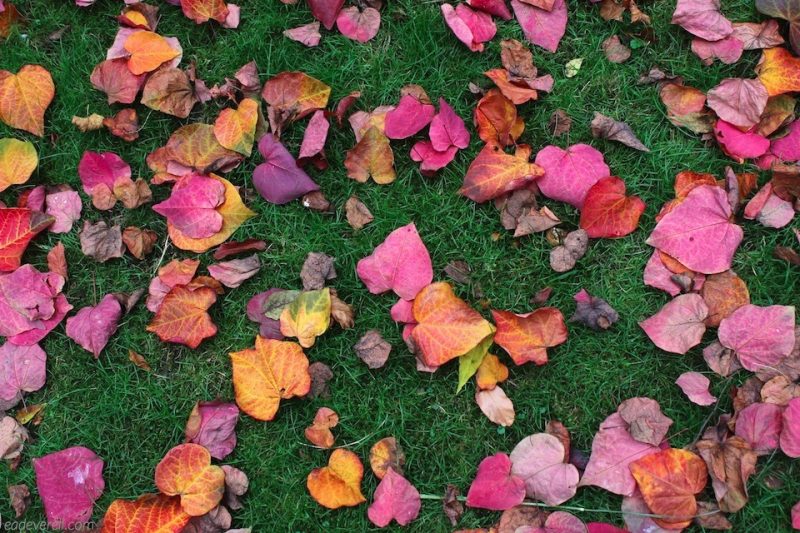 I couldn’t have missed the Botanical Gardens, or a walk through Royal Victoria Park, given my penchant for Victorian botany. Even at this time of year there’s lots in bloom, and many strange, unlabelled trees shedding leaves or preparing their next-year’s buds. Nor are the soggy seeds and ruddy verdure anything to shake a stick at. Only, the tame squirrels are very alarming! They run up to you as if they’re going to climb you like a tree or bury nuts in your hair. 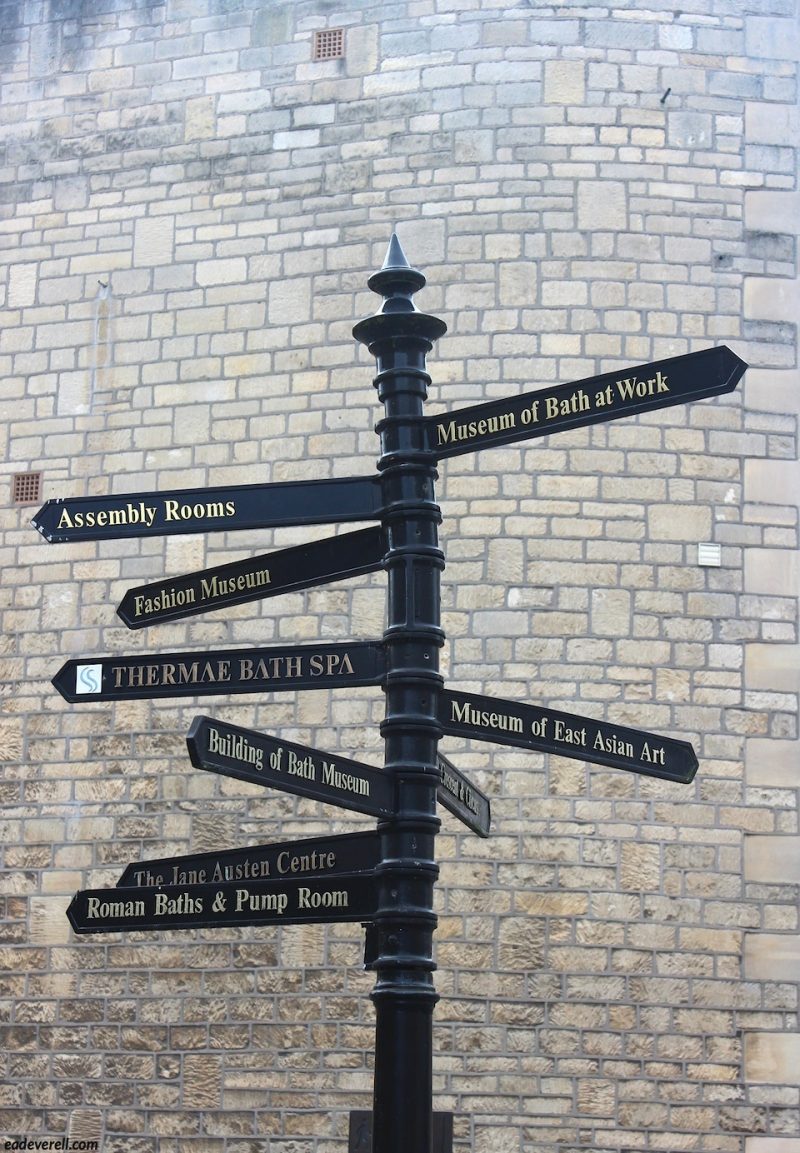 I finally visited the Roman Baths and the Pump Room too. The Baths were very informative and interesting, if not exactly inspiring. I dipped my fingers in the water before I read the sign saying not to, and I can honestly say that I’ve never felt any water that was more perfectly “bath temperature”, including most of the baths that I’ve run. 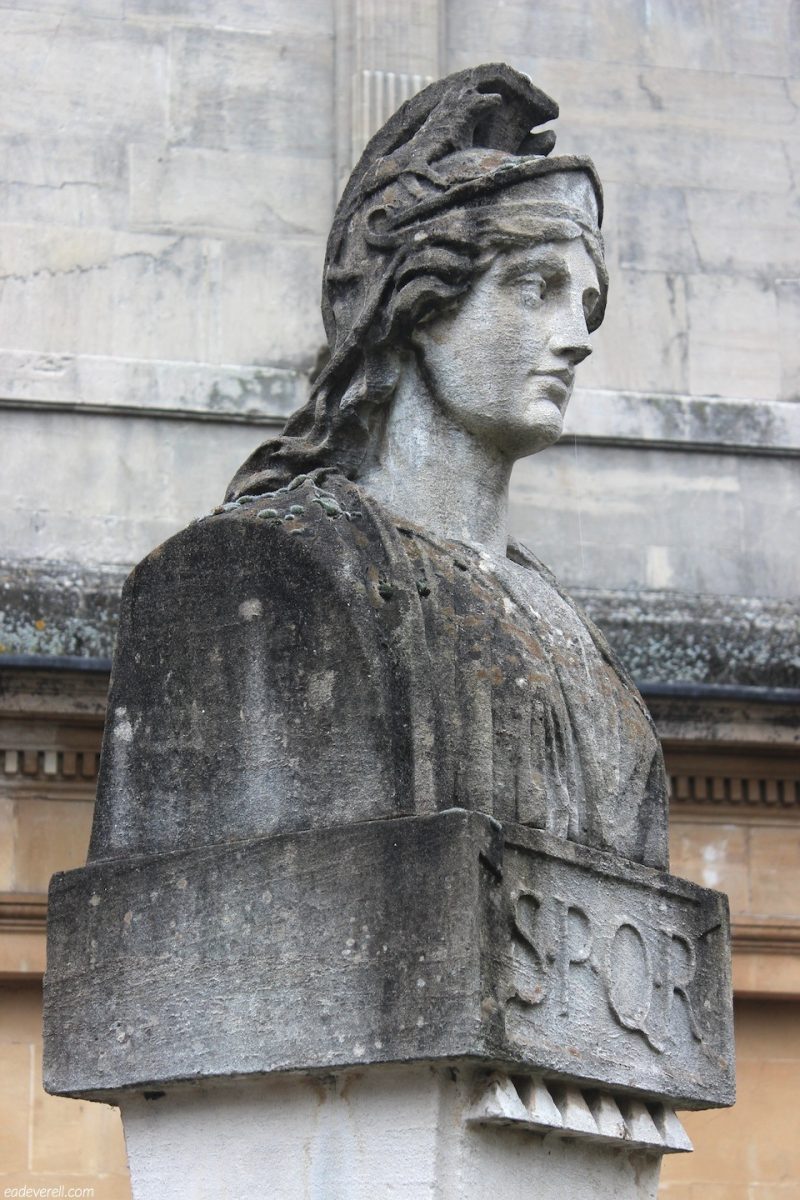 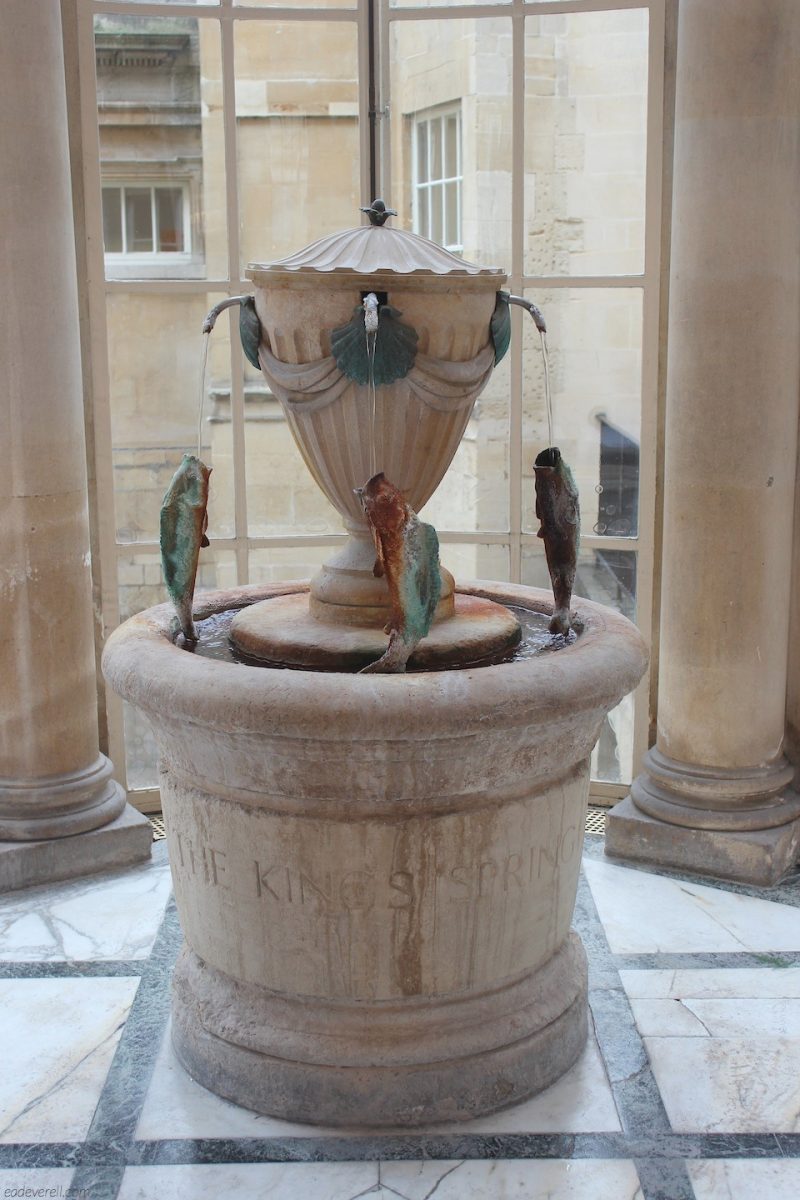 The water that pours out of the King’s Spring in the Pump Room isn’t as hot, and to my surprise and slight disappointment it doesn’t taste at all vile. In fact, I thought it had less taste than the tap water here, and I drank up a large glass while listening to the trio. 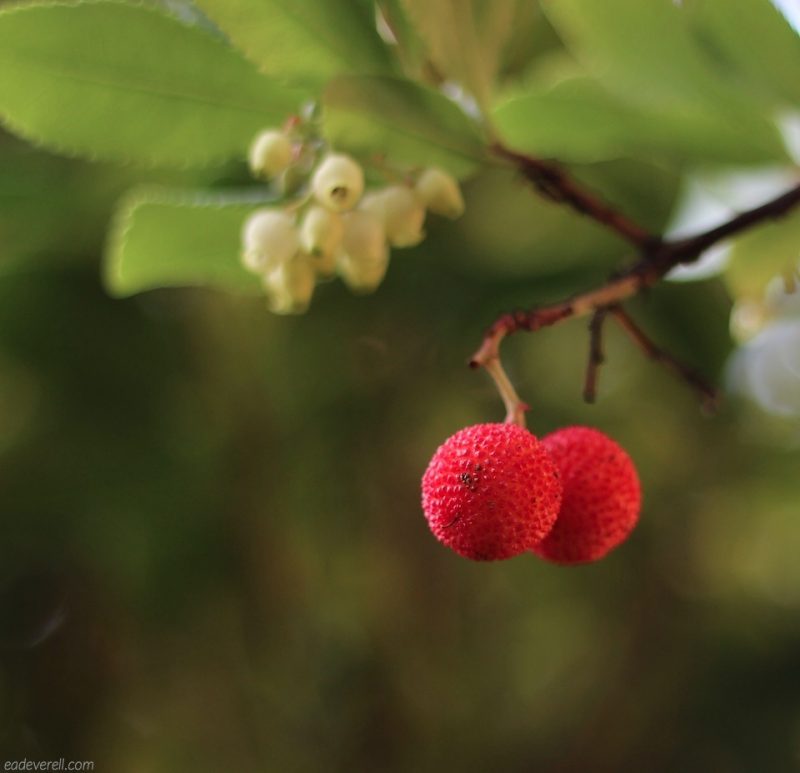 Another new taste: the fruit of the strawberry tree (Arbutus unedo). The yellow berries are like gritty green strawberries. The ripe, bright red berries don’t have much taste but they’re deliciously creamy. I would definitely eat more than one! 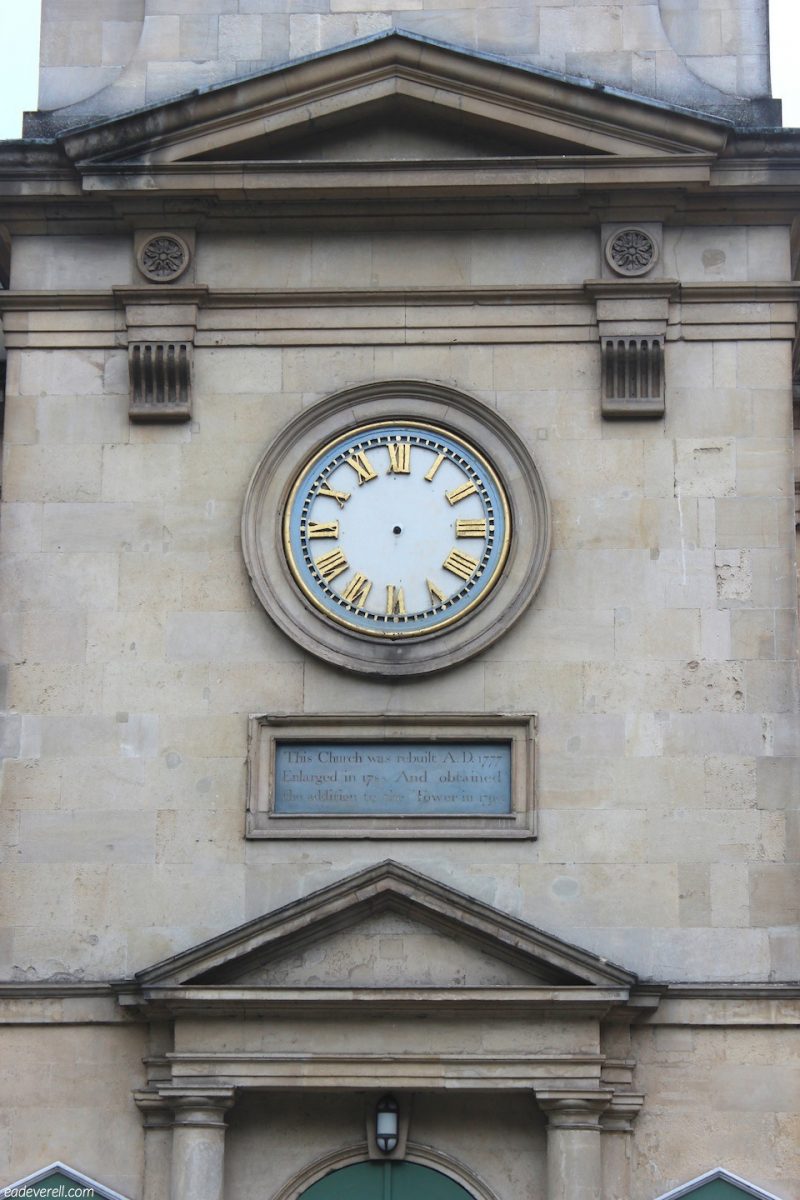 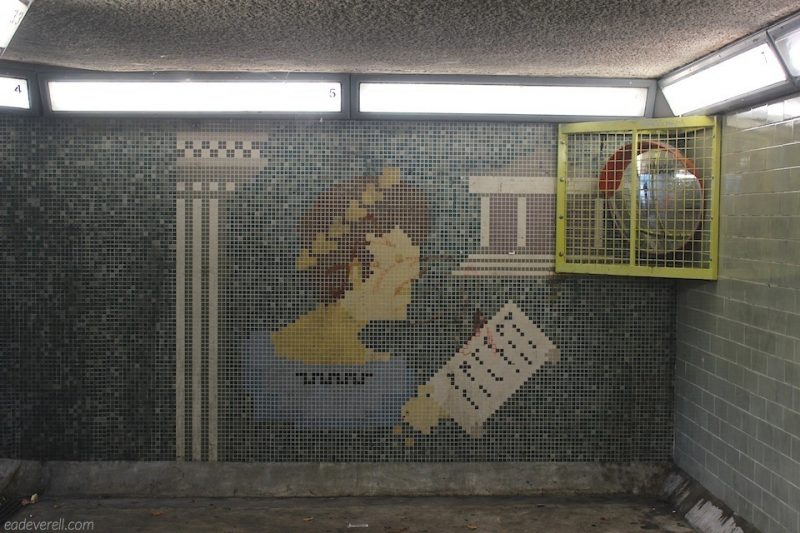 On the 22nd, I went to listen to Mary Beard presenting her new book, SPQR. To my great satisfaction, the event was moved to St Swithin’s, the church where Jane Austen’s parents were married, minutes from my flat on Walcot Parade. Beard made some interesting arguments as to why we need a new history of Rome, and showed us a ring she had discovered at Alnwick Castle which she thinks belonged to Scipio Barbatus. It was, as Austen might have said, “quite a crush”! 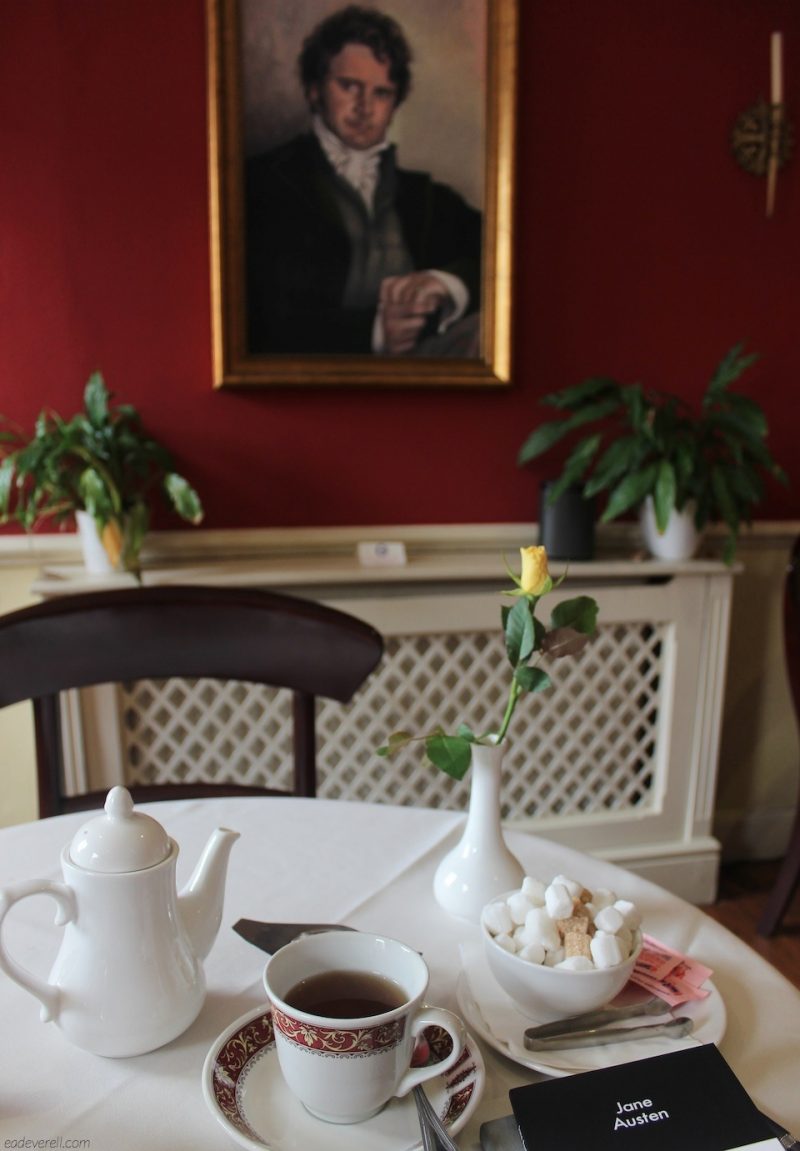 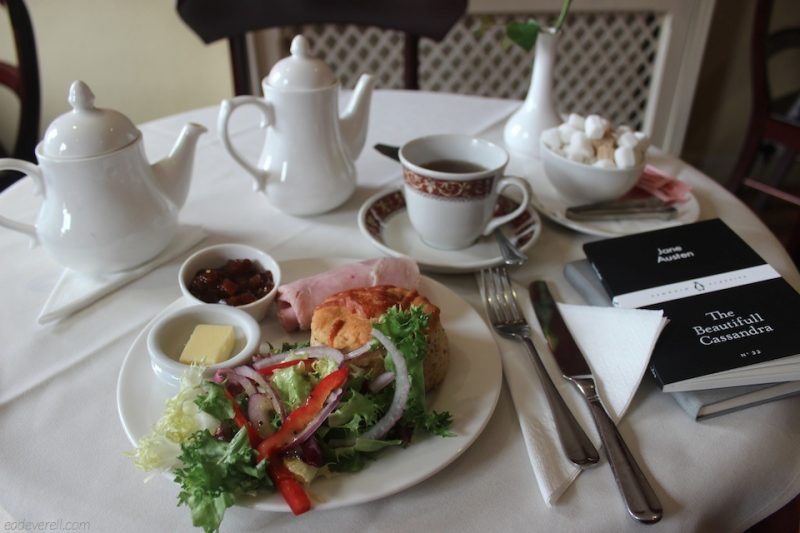 The regency tea rooms at the top of the Jane Austen Centre are a cosy nook to sit and write (and eat), under the kind but somewhat severe gaze of Mr. Darcy. In addition to The Beautifull Cassandra, I picked up a very dainty copy of ‘The History of England by a partial, prejudiced & ignorant Historian’ but I didn’t realise until I got home that it was published by J.L. Carr’s Quince Tree Press. I read Carr’s A Month in the Country last year, and then watched the 1985 film adaptation starring none other than Colin Firth. How wonderfully circular! JLC founded the Quince Tree Press after he gave up teaching to focus on writing. These little “pocket booklets” were a way to earn some money, and Wikipedia informs me that they were originally priced cheaper for children. I’m glad they put a stop to that! :) 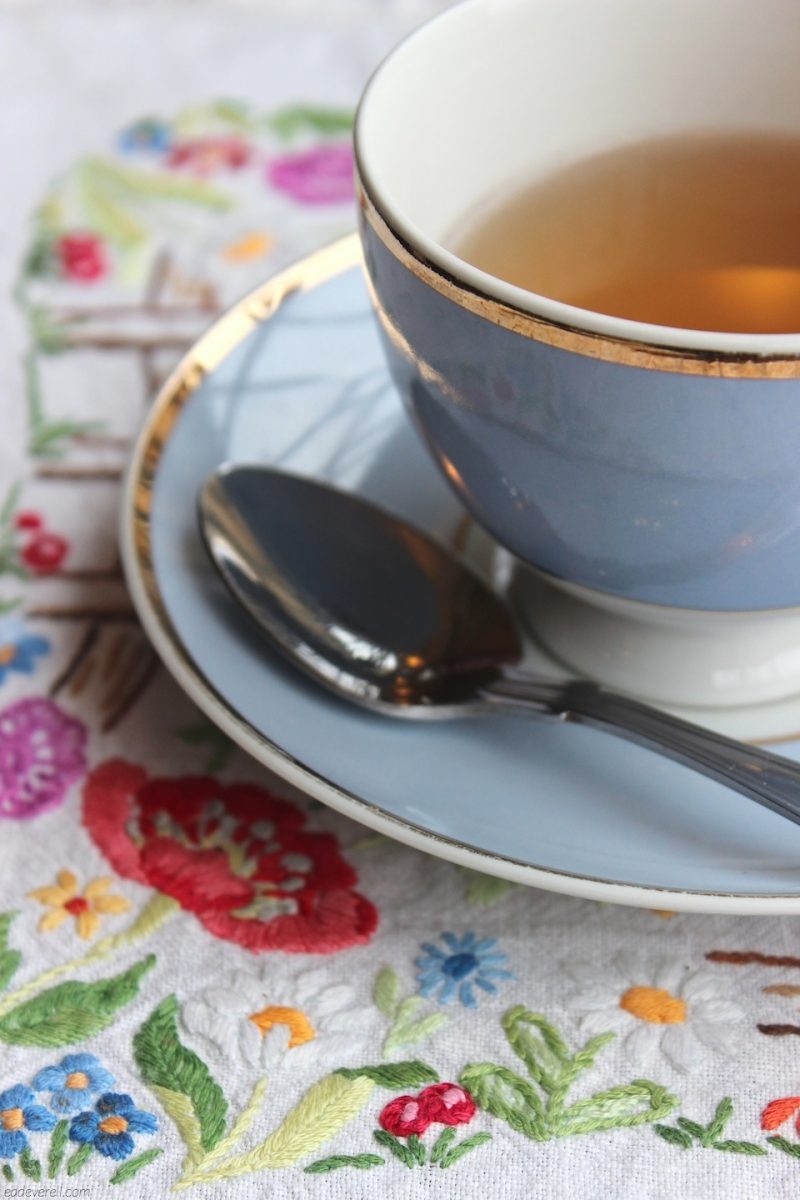 On Thursday evening, I went to hear David Crystal at Topping & Co where he talked about The Disappearing Dictionary, an enormous compilation of English-language dialect words by Joseph Wright (not to be confused with Joseph Wright of Derby, an early painter of the industrial revolution). What interested me most, of course, was that Wright taught himself French, German and Latin, started teaching at the age of 18, and rose up the ranks to become an Oxford don, despite having been born in a place called Idle, and started out working as a “donkey boy”.

On the subject of work, I was also really lucky to catch a showing of the 1961 British Transport Film, Terminus, (directed by John Schlesinger) at the Bath at Work Museum. I love old transport films, many of which can be found on Youtube, and Terminus was the best one I’ve seen. It focused on telling stories than rather informing, and was funny, touching and very beautiful. Bath at Work was probably my favourite museum, with piles of greasy tools, curious machinery and excellent information. The shop also had a fantastic selection of books. I bought The Avon Navigation (Bias Histories) by Brenda J Buchanan and found an error in the story I started last weekend (The Civil Engineer). Apparently there was an act which forbade horses being used to tow barges on the Kennet and Avon Canal until 1807! Before that, they had to be towed by people. 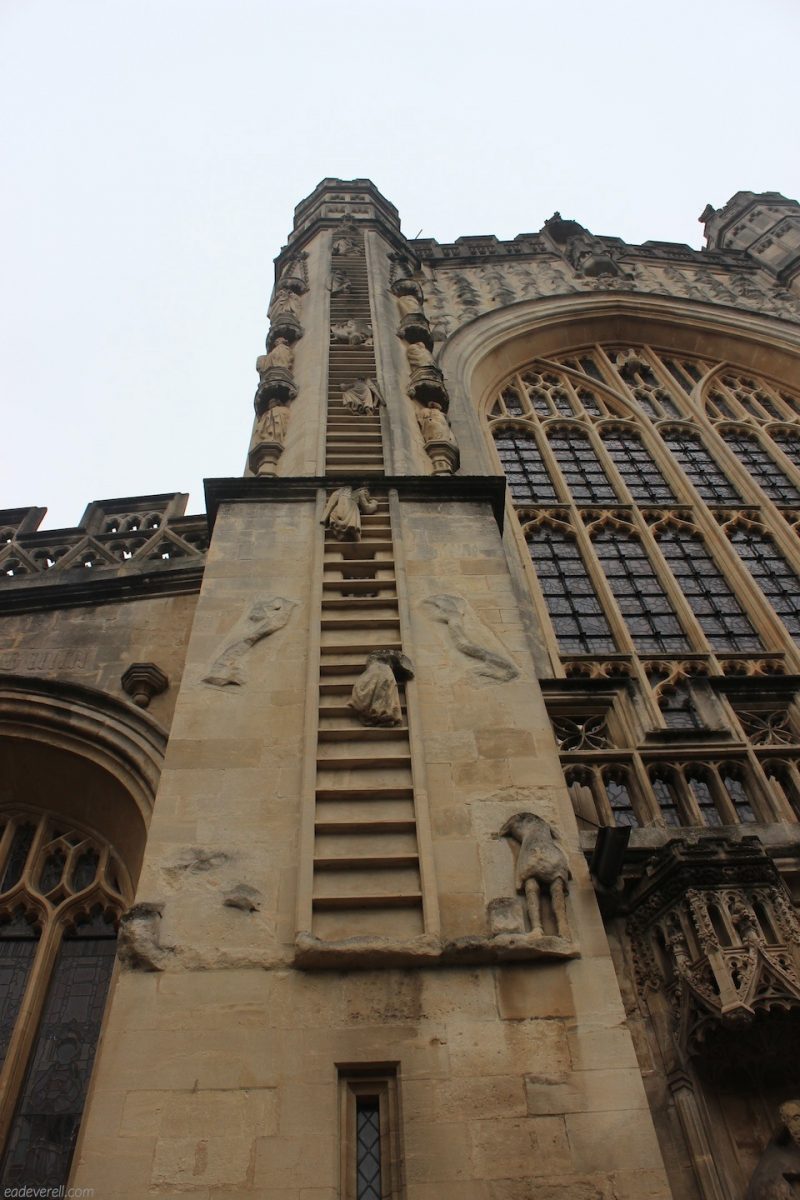 Bath Abbey is another humbling edifice, with the sun shining through its stained and sainted windows, and the angels perpetually climbing to heaven up the Bath-stone ladders. I rose to the presumption of the tower-tour and discovered this classic steampunk nook behind the clockface. 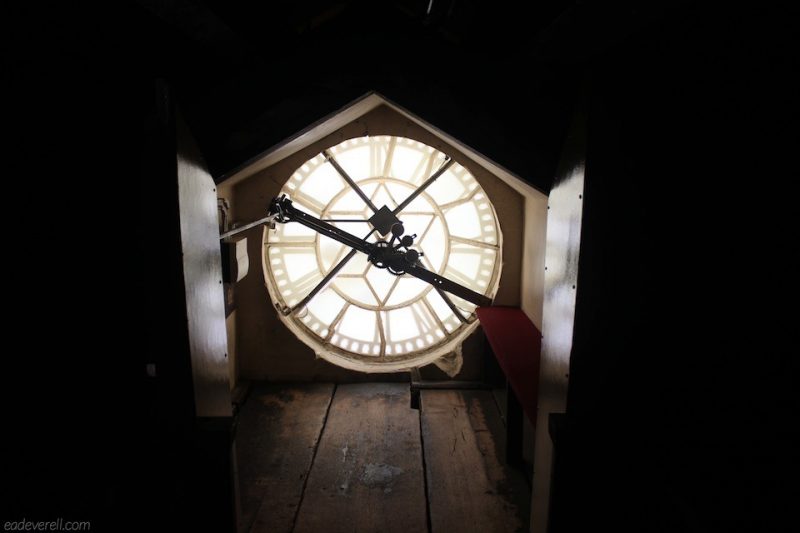 No.1 Royal Crescent was very interesting, but how cramped its wealthy residents must have felt, descending on Bath from their enormous country estates! Still, I think it’s an essential stop for getting a feel for regency life, especially for fans of Heyer (to my dismay, I didn’t hear her name mentioned once while I was in Bath). 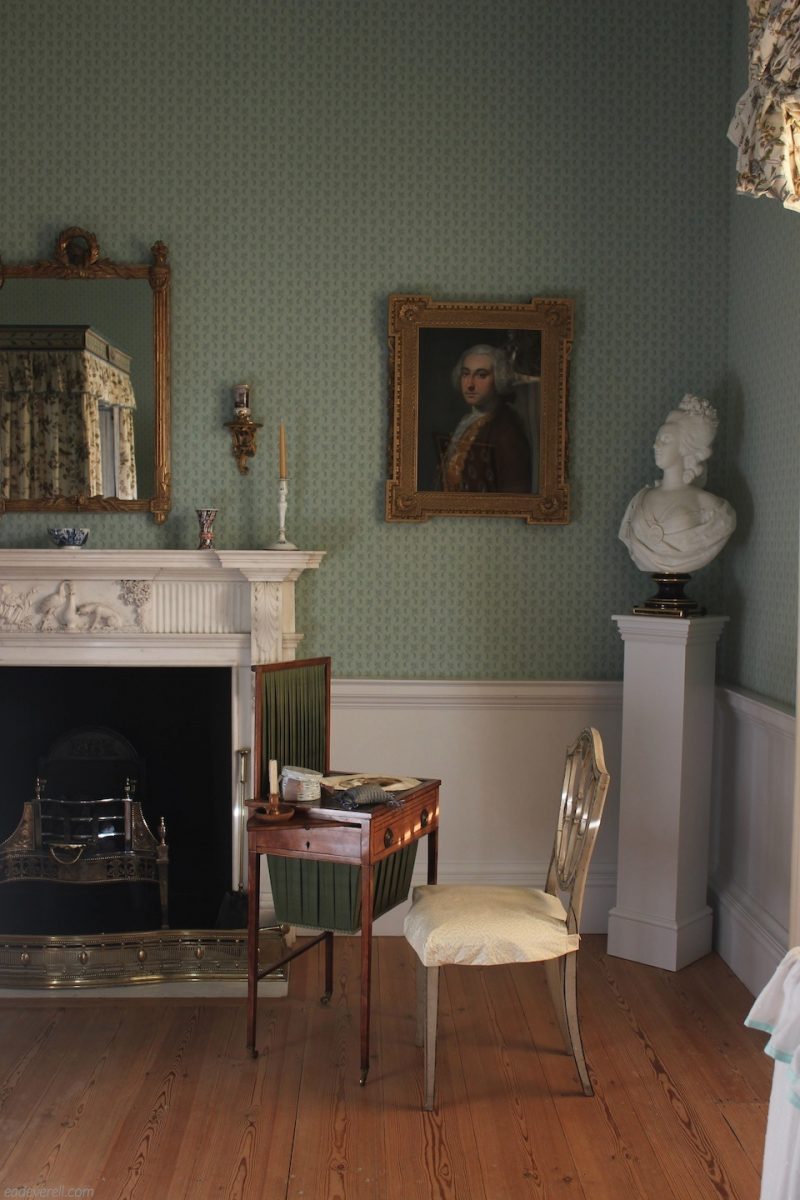 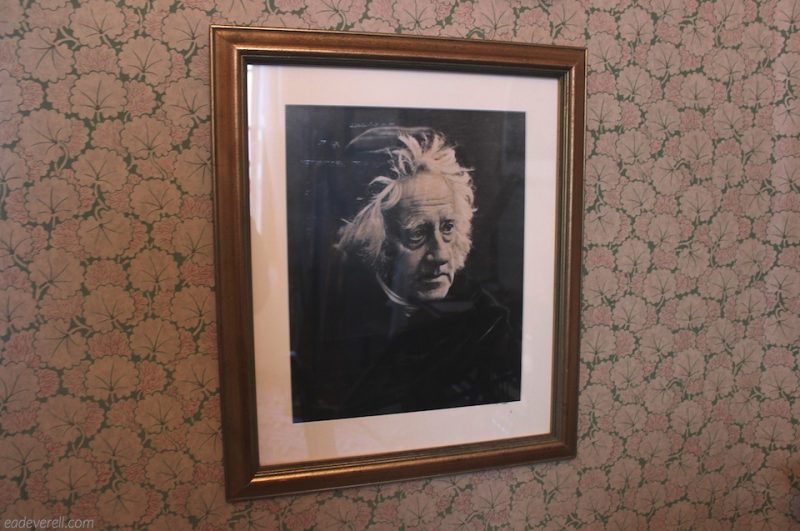 Another museum that preserves the look of the original house (something I particularly appreciate), with reproduction wallpapers and “close” carpets, is the Herschel Museum on New King Street. Its garden, where William Herschel discovered Uranus (thereby doubling the size of our solar system) is beautifully designed and planted, and the workshop, compact and well-used. Naturally, I was delighted to see Julia Margaret Cameron’s portrait of his son hanging on the wall, complete with mad scientist hair, but it was also nice to see his sister and assistant, Caroline, getting full credit for her contributions. 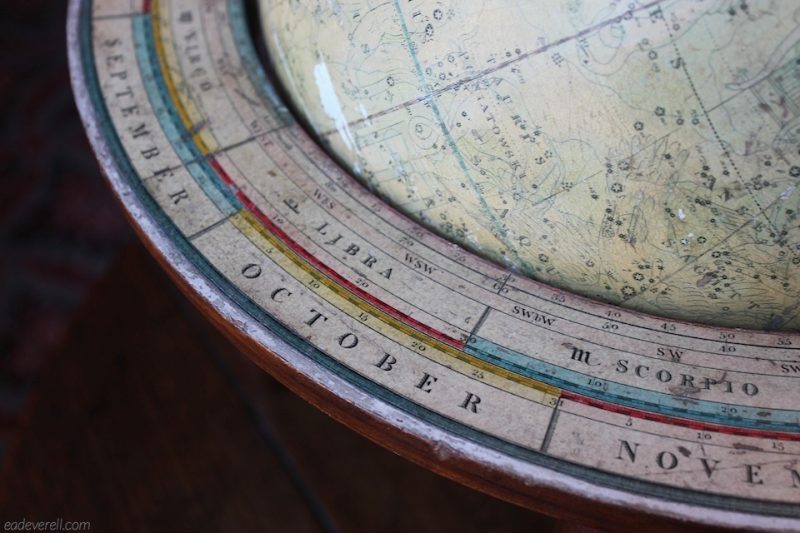