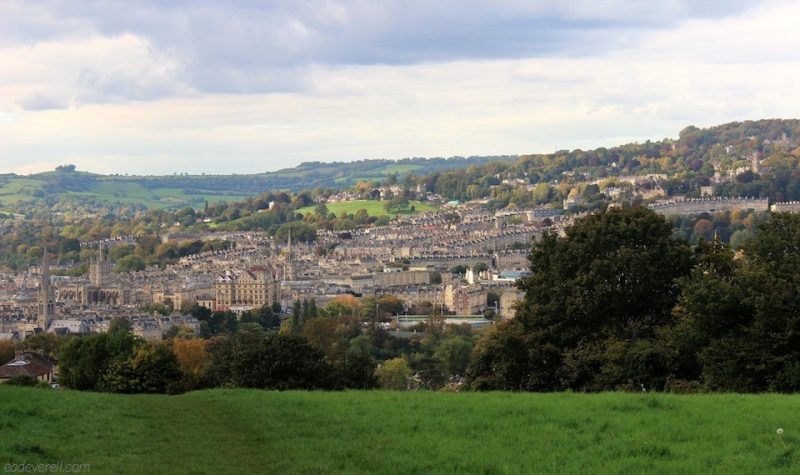 I wonder how Tennyson would have described the sight of a cloudless England from 20,000 feet; the shallow land, the molten silver inlets and rivulets, the tips of turning trees and the neatly enclosed patches of green. What would he have seen? How would he have assimilated it into the social consciousness? I watched the Ted Hughes documentary last Saturday and what struck me more than anything were the drones. What magnificent flyovers of old northern factory chimneys! “The earth’s face upward for our inspection.” I think Tennyson and Hughes were both aware that the real poetry is in the hawk’s foot.

The rain had fallen, the Poet arose,
He pass’d by the town and out of the street,
A light wind blew from the gates of the sun,
And waves of shadow went over the wheat,
And he sat him down in a lonely place,
And chanted a melody loud and sweet,
That made the wild-swan pause in her cloud,
And the lark drop down at his feet.

The swallow stopt as he hunted the fly,
The snake slipt under a spray,
The wild hawk stood with the down on his beak,
And stared, with his foot on the prey,
And the nightingale thought, “I have sung many songs,
But never a one so gay,
For he sings of what the world will be
When the years have died away”. 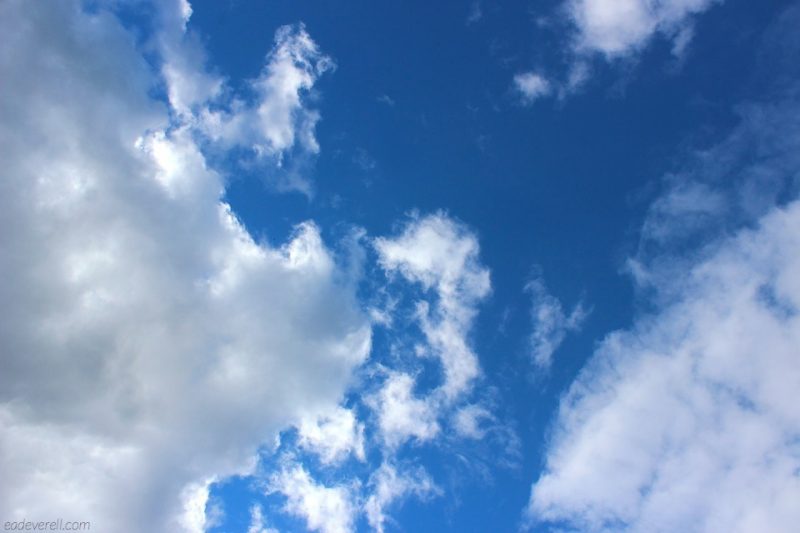 I’ve been making the most of the blue skies. On Thursday I walked to Prior Park, with a detour in the beautiful Bath Abbey Cemetery. Quiet cemeteries are perfect not only for contemplation, but also for name-hunting and surreptitious story-making. I wandered up and down on the soft, long grass, stopped to listen to a robin, stooped to pick a few juicy blackberries which I trust were fattened by the rich loam of dead bodies, found my path blocked by a flopping cherry laurel, and all in all considered my mortality much less than I do while among the living. 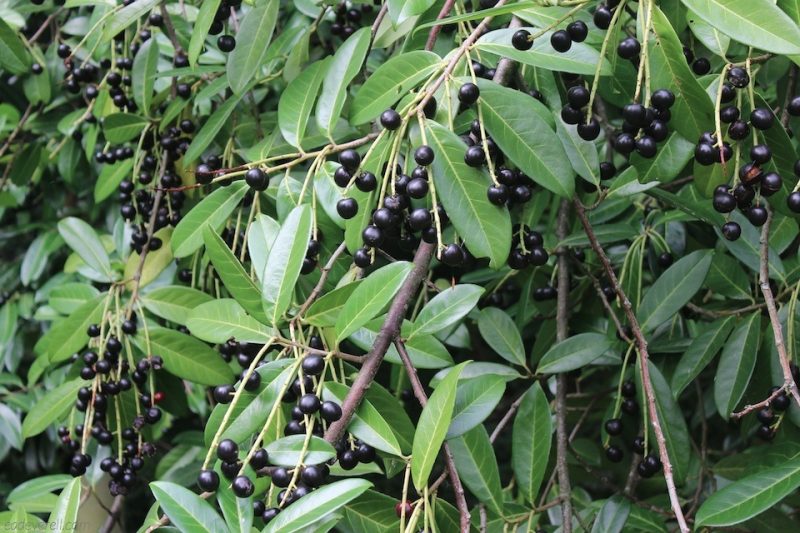 The Cemetery was designed by John Loudon, who steampunk and botany enthusiasts will recognise as the husband of Jane Loudon, author of The Mummy and Gardening for Ladies. The former, an amusing if not exactly gripping early science fiction novel, was what led to their meeting. By this time John Loudon was already a well-known landscape designer who had coined the word, Gardenesque, to describe his design principles. Bath Abbey Cemetery was one of his last projects. According to the sign inside the gate, “Loudon died just a few weeks before the Abbey Cemetery was consecrated”.

The Abbey Cemetery perfectly fits Loudon’s theories – it is on an elevated site to give lovely views; it is outside the town but not too far out for people to visit; it has only one entrance for reasons of security, and it has a formal layout with many walkways but soft informal planting around them. 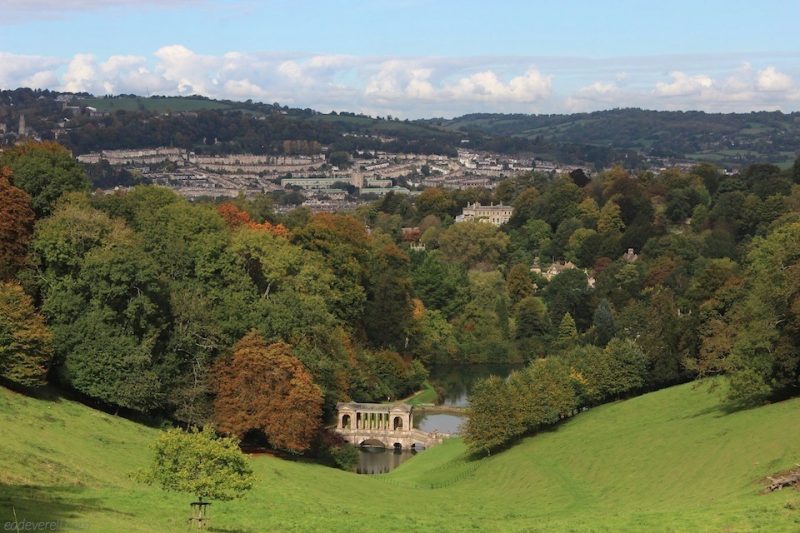 The fact that the cemetery has only one entrance means that you’ll have to retrace your steps and continue along the road to Prior Park. The house has long been used as a school and I can’t help but feel that the misery of my school years would have been slightly alleviated by studying in such a building, with such magnificent views of the palladian bridge and the terraces of Bath. However, I think the Park’s real attraction is the swing hung from a fir tree on the east side. Also the bright pink spindle berries with their pendulous orange seeds. 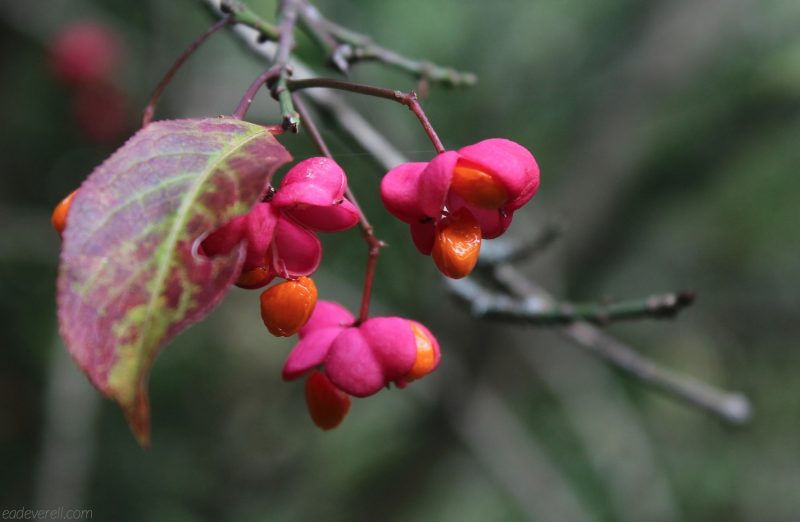 From Prior Park, I continued along the Skyline walk back to Bath Locks. Towpaths are my favourite. Steady strolls are so much more conducive to thinking; perhaps that’s why I never reach any lofty poetic heights. 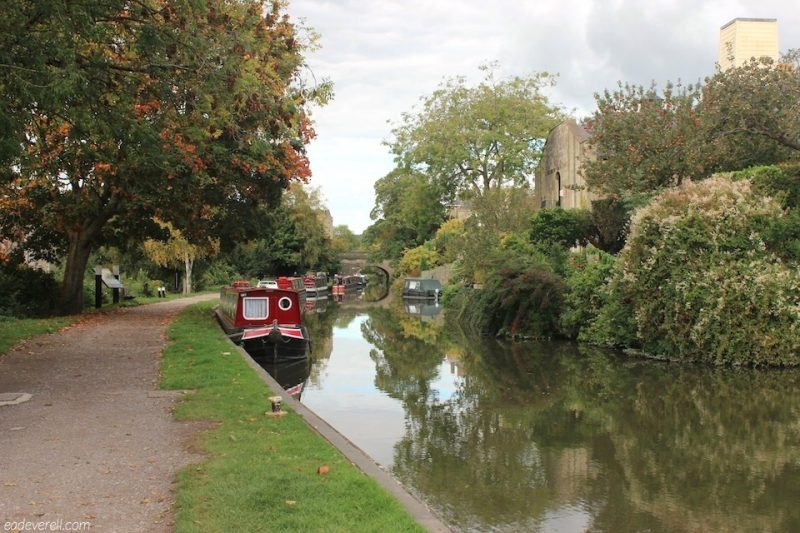 I did, however, walk two hours to the Dundas Aqueduct. Having spent a few mornings in the Bath Library researching the Kennet & Avon Canal and John Rennie, I was keen to see it and neither the walk, nor the weather, nor the aqueduct disappointed. While it isn’t nearly as high as its contemporary Pontcysyllte, it still provides very beautiful views of the river that feeds it, and the Great Western Railway that led to its early demise. The Claverton Pumping Station was, sadly, closed.

On my return I found a tiny green inchworm measuring out my skirt. There are still a few late butterflies, basking on stone walls. I too am basking on the sunlit couch – these enormous Georgian windows let in so much light! – and reading Butterflies and Late Loves by Margaret Fountaine, in my quest to explore all of the Victorian women explorers.

I also caught the last day of the Canaletto exhibition at the Holburne, which wasn’t very thrilling. In the absence of the Turner, I think the most beautiful painting there was Kaufmann’s portrait of Henrietta Laura Pulteney. So much more natural than the Gainsboroughs. But then, I may be biased. :) There are some exquisite watercolour miniatures in the museum that are well worth the visit, as well as cameos and ceramics. My favourite object was a folding spoon/fork/pen decorated with tiny, perfect fairytale figures.

On Wednesday I went to hear Simon Schama at the Komedia. He showed a few early Victorian photos by David Octavius Hill and Robert Adamson that were very beautiful. If the subject interests you, you might like the Coursera course on Victorian photography that started last week. Schama also talked about Henry Tonks and his work drawing the facial wounds of WW1 soldiers. “Art not for art’s sake, but for life’s sake.” Debates of “morality” have become rather old-fashioned in our time when anything goes, but I think it’s just an outmoded word to describe a question that’s still in the head & heart of every artist: does my work make a positive difference in the world? 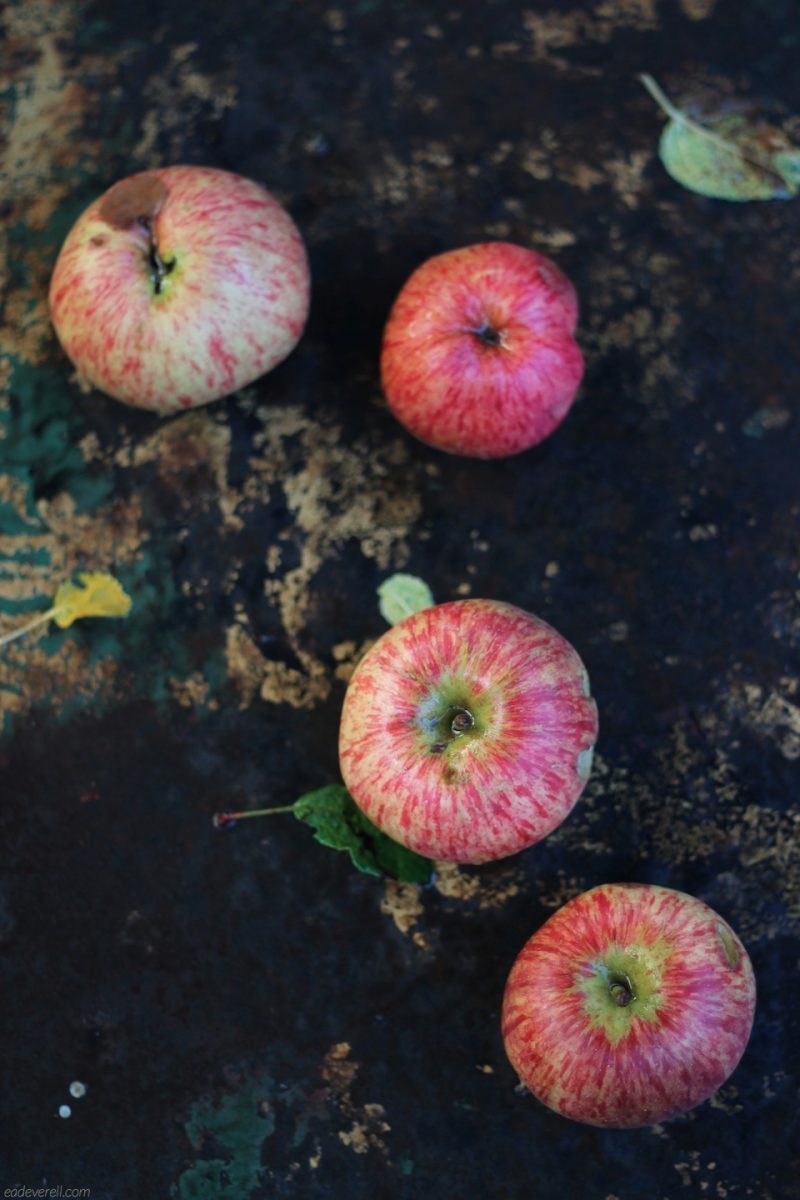