How to Plot Your Novel On One Page (Video Workshop)

In this 1-hour writing workshop we create a fantasy story plot using randomly-generated elements. Why not take some time to sit back, relax, and learn how to plot a novel on one page? It’s fast, FUN, and it can change the way you view stories forever! 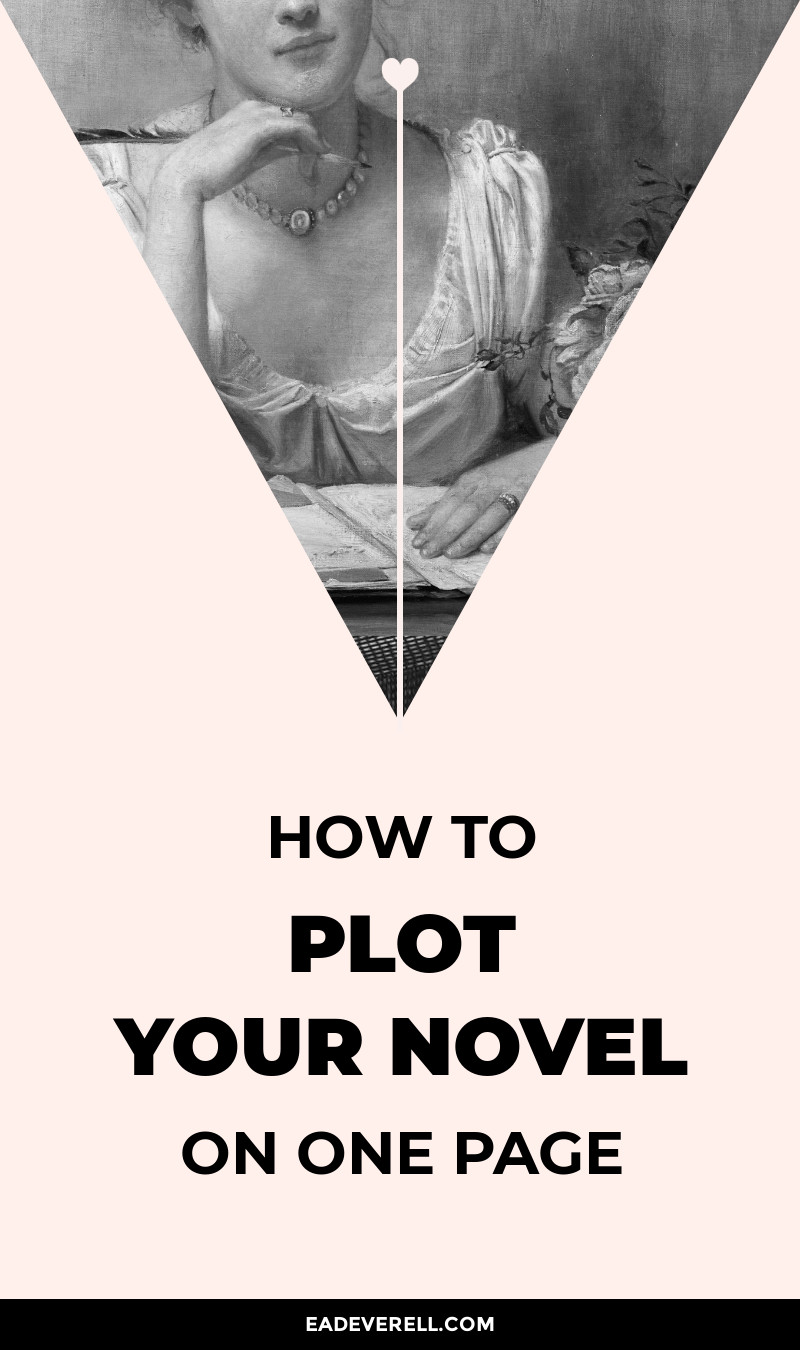 Eventually I landed on the idea of filming another plot demonstration. You may have watched my previous demos if you’re on my email list; they’re probably my favourite spontaneous writing exercise and using pretty stationery this time made the process even more fun! :)

If you’re struggling with your story idea or plot right now, grab a piece of paper & PRESS PLAY!

How to Plot a Novel, Novella, or Short Story

How to Plot a Novel with the One Page Novel Method

Here is a quick overview of the 8 stages mentioned in the video:

8. RESOLUTION
THE ONE PAGE NOVEL works by plotting out of order, so the first thing we do is decide who our character will be at the end of the story. To do this, we can simply select one or two “states”, such as: wealthy, fearless, loving, sociable, etc.

1. STASIS
The next step is to turn the character’s Resolution state into its opposite. This gives us their state at the start of the story, and allows us to create a strong character development arc. For example, a character who’s wealthy at the end of the novella would begin poor, a character who is fearless would start out scared, etc. The Stasis will show the character in their ordinary, everyday life, exhibiting these states.

5. SHIFT
Next, we find the turning point between the Stasis and the Resolution: this is the stage at which the character realises how they can make the transition from their old ways to their new ones, in order to fulfil their goal or create a new, better goal.

2. TRIGGER
The Trigger is what sets the character off on the story journey. This is through either internal or external motivation, or a combination of both.

3. QUEST
The Quest is the stage at which the character gets sucked deeper and deeper into the adventure. They meet new people, visit new places, discover new problems, and take on new responsibilities. Some of the people they meet may be shapeshifters, and they will need to be sorted out from the allies. These allies will form a plan and put it into action. Usually, it won’t be a very good plan but the character will go along with it because it’s the best plan they have.

7. POWER
The Power is the counterpart of the Quest. It acts in reverse and extracts the character from the world of adventure. This is where the character truly understands that they’ve had the power to change into their Resolution state all along. They make the change and fulfil their original or altered Quest goal.

4. BOLT
The Bolt is the “bolt from the blue” that derails the (already weak) Quest plan. This could, for example, be the point at which a shapeshifter’s betrayal is discovered, or when the allies realise that they’ve critically misjudged their opposition. It can also take the form of a diversion or delay that takes the character’s focus away from making progress on the Quest.

6. DEFEAT
The Defeat is the moment when all hope is lost. The Quest plan that faltered in the Bolt has now completely fallen apart. The Defeat follows on from the Shift, and often involves an essential sacrifice that the character must make in order to attain their Resolution state.

Note down 2-3 scene ideas for each stage.

Remember, once you begin writing your novel, you’ll tackle these scenes in STORY ORDER:

If you would like more guidance with this method, you can click here to enrol in the full course.

How to Co-Write a Plot

The One Page Novel is a fun method to use to collaborate on a story. Below, you can watch me plot a murder mystery LIVE with over 100 writers.

After you watch the workshop and understand the basic process of creating your rough plot, you may want to… 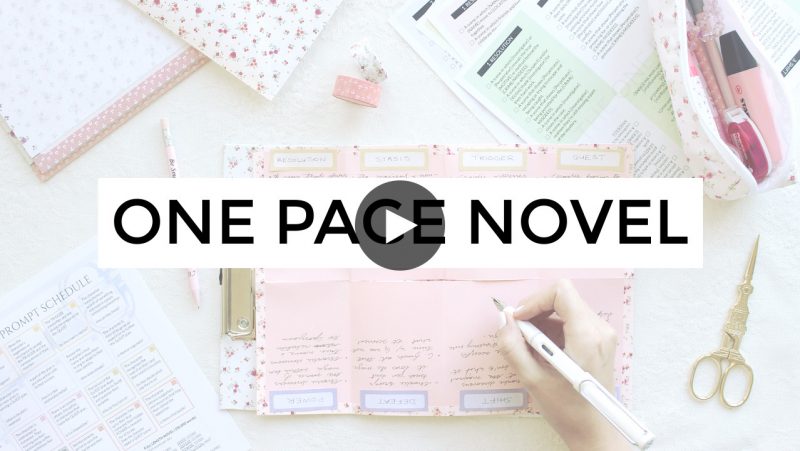