In the order in which I read them…

Black Sheep – I listened to this one on audiobook. It was the first Heyer I encountered and still my favourite, I think. Delightful.

Lady of Quality – It’s difficult to differentiate this from Black Sheep, but it is still an enjoyable novel.

Venetia – one of my favourites because of its simplicity. I love country heroines! It’s worth mentioning that the audiobook is read by Richard Armitage. Oh, yes.

Cousin Kate – I love the Gothic atmosphere of this one, though it is a little predictable.

Regency Buck – quite the most exciting of Heyer’s novels I’ve read so far, if a little predictable in places.

A Civil Contract – a sweet idea, following the relationship of two people who make a marriage of convenience, but the passages detailing the War are forced and interrupt the flow of the story. I found myself skimming over them.

The Reluctant Widow – slightly anti-climactic, but a much better attempt at bringing history to bear in a romance novel than the rather boring passages in A Civil Contract.

The Nonesuch – another one of my favourites, especially for the incredibly annoying but perfectly written character of the young girl.

These Old Shades – certainly not a typical Heyer, but enjoyable more for its characters and action than for the romance.

The Toll Gate – a very sweet novel, fast-paced and romantic.

Charity Girl – as others have remarked, the romance is a bit thin in this one, but nevertheless an enjoyable story.

The Convenient Marriage – set in the 18th century like These Old Shades. Not the most compelling heroine, alas.

Bath Tangle – one of my favourites! A Beatrice/Benedick-style shrewish couple and a wonderfully vulgar grandmother. Re-read January 2017 – love it even more!

Frederica – a very charming, and action-packed novel. I loved Frederica, whose care of her siblings really did warrant admiration, and I loved all the talk of engines and hot air balloons.

The Unknown Ajax – Hugo must be the sweetest of Heyer’s heroes – a gentle Yorkshire giant who is as clever and witty as he is humble and even-tempered. If I were Anthea, I would be roaring with laughter rather than merely gurgling. Very little romance, but very enjoyable!

Sylvester – I loved the pace of this novel, and the characterisation of Sylvester. Making the heroine a writer is always a sure way of making her interesting, I think. But I may be biased!

Arabella – Quite similar to Frederica in terms of its hero. The depiction of Ulysses is too sweet to forgo!

The Grand Sophy – Sophie is a bit like a regency Mary Poppins. It isn’t at all clear who the hero is at the beginning – Heyer’s character arcs are really something to behold!

The Corinthian – Utterly charming. As deserving of being called a historical adventure novel as a romance. Heyer’s characterisation of minor characters is as excellent as her major ones – especially the ones you want to throttle!

Cotillion – Kitty really grated on my nerves, and the end was a little too tidily tied up, but still enjoyable, of course!

still many to go…! 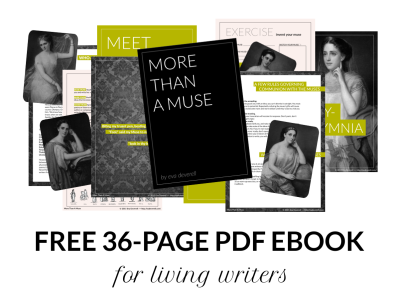