December… For the last half hour, an ample snow cloud had fallen apart, and was scattering large, fluffy flakes into the swarthy, languid air. Bihter, gently opening Behlül’s door, but unable to find the confidence to enter, poked her head inside. She searched for Behlül in the room whose shadows trembled with the red flames that slid from the recently lit stove.

‘Behlül Bey! Did you forget my sweets again?’

Bihter entered the room. Behlül was approaching her. In this dim room they could discern only a wavering part of the carpet, further on, a corner of the couch, a little table whose feet were licked by the red tongues of the flames’s gleam… and each other, in silhouette.

‘Your sweets, your sweets…’ said Behlül. ‘Now let me see, where did I put them? Ah! Here they are, on the table…’

As he lifted the small cardboard box, some items slid off the table, and following one another, spilled onto the spots of the carpet that shone in the firelight.

‘Oh! What are these?’ asked Bihter. ‘A procession of pictures, all of them women. What other pictures would you have? Give them to me…’

‘See now,’ Behlül was saying, ‘all of my faults are laid at your feet. Now, who knows what you will think of me, what unreasonable suspicions will take hold of you. But if you only knew with what artistic impulses, to what innocent aims these pictures were taken. See, you’re laughing. Won’t you sit down, yenge?..’

Bihter seated herself on the couch next to the stove. Now Behlül had sat down on the carpet, right under the feet of the young woman, and was collecting the pictures. Bihter had bent down, picked one up, and was holding it to the flames to see it clearer.

‘If you knew what a fascination I have for theatrical costumes,’ Behlül was saying. ‘These are the women of the Italian Opera Company that I told you so much about last summer… They were only taken to illustrate the amusing gowns…’

Bihter was laughing. ‘The gowns? Yet these show everything but the dresses. Give them here, give me all of them…’

Bending down, she was taking all of the pictures from Behlül’s hands, and Behlül was leaning against the couch in order to look at them with her.

Bihter was screwing up her face at them. ‘Oh, my god! What ugly creatures! So you stayed here all summer to see these,’ she was saying.

They were so close that Bihter’s arm was brushing against Behlül’s cheek. Now the flames from the wood in the stove were dying little by little, and drawing back, shyly, as if with a desire to leave this corner in a sphere of complete, intimate darkness.

Behlül’s hand, seemingly by chance, had fallen on Bihter’s lap. Before them, beyond the frosty windows, snowflakes whirled in a mad dance, while the soft warmth of the stove nearby gave them an intoxicating feeling of listlessness. It had grown dark; Bihter was sitting, unspeaking, with the now indistinguishable pictures still in her hand, an indescribable fear keeping her from finding the courage to move. Only two red eyes in the door of the stove appeared to be regarding them with a dim, soon to be completely lidded gaze, and smiling. Suddenly they both shivered; there, in the secret air of this dark room, they both simultaneously felt something that made them too frightened to utter a single word, or to make any motion. They seemed to be in a treacherous dream; they thought that the slightest thing would awaken an unknown threat.

Until this minute they had not sensed this emotion so openly. Behlül had noticed in Bihter a humour that made him think she was evading him. They had almost never been thus side-by-side, in the private seclusion of a darkness like this. There were times when Behlül would see Bihter’s face on the horizon of a hazy dream, as his thoughts followed the smoke of his cigarette, and say to himself, ‘oh! What an unthinkable thing!.. I could be the only one thinking this way.’

Finally he had been unable to refrain from passing judgement on those evasions of Bihter’s that were slowly gaining clarity, and had deployed one of his maxims on love: ‘if a woman is distancing herself from you, it is because she is afraid of you; or more properly, she is afraid of herself in relation to you.’

His hunt after Peyker kept unsuccessfully stalling, suddenly coming up against the most unexpected persistence just when it looked as if it had taken the most encouraging route. ‘What a foolish woman! What a stupid virtuousness!..’ he would say to himself, then finding this steadfast chastity towards Nihat Bey completely incongruous, he would feel contempt for Peyker, and enmity towards her husband.

His hand was still on Bihter’s knee, her arm was still touching his cheek; the minutes had passed like hours, and here they were, not speaking a word, not looking at the pictures. As the minutes lengthened, it was as if a danger trembled fearfully in each of their hearts, gaining lucidity. From now on, these few innocent minutes spent here would be weighted with guilt.

Suddenly Bihter found the strength to escape this state. ‘The sweets!.. The sweets!.. Where are they?’ she asked. As she spoke, she had moved away from Behlül and was now ready to stand up.

Seeing her escaping, perhaps never again to be alone with him in such intimacy and safety, when a moment ago he had been sensing her fresh warmth, the intoxicating scent of violets that rose from her whole body, and feeling an unconquerable fear, all at once he became maddened by a wild desire to stop her.

Then, the term, ‘yenge’ engulfing his body with a cold shiver, he asked using another form of address, one that would not chill them, one that would bring them even closer: ‘Bihter!.. Why would you go? Five more minutes… Look, in this darkness…’

Bihter, not wishing to understand the beseeching meaning behind this voice, was saying, ‘are you mad? Why would one sit like this in the dark?’

She had stood up. Behlül too, with the box of sweets in his hand, was standing looking at her. They felt each other breathing deeply. Today, right here, on the most unexpected pretext, the circumstance that they had not made known to each other, had suddenly been brought out into the open. In a second Behlül had gone so far that it was now no longer possible to turn back. Once again, in a second, he found time for a string of justifications.

‘Why must you retire?’ he was saying. Will my whole life be spent in those pictures that spilled at Bihter’s feet, in these purchased interests? Here is a woman who loves me, or if not yet, who will love me tomorrow; yes, a woman who will either love me, or certainly someone else… In which case, why should she be allowed to not love me, but to love another?..

Already he was thinking of the possibility of her loving someone else and feeling intensely jealous. He became convinced that if he were to release Bihter tonight, without something happening to bind them together, that she would always remain for him an unattainable dream floating on the horizon, and that then he would die of his heartache.

He had now drawn near Bihter. Brushing her hair with his lips, he said, his entreating voice quivering, gaining even greater intimacy, even more familiarity in this darkness, ‘don’t go, no, don’t go. I am so happy with you, but when I am alone next to you, only me, do you see… How happy we would be together!..’

Bihter did not hear. A humming in her ears and a stillness in her brain kept her from understanding.

She had not imagined such a danger when she entered the room. Now she was criticising herself: why had she come here? When, ever since that day, that Göksu outing, she had determined that it was necessary to avoid this man, yes, why had she come here, and furthermore, why was she still not leaving?

She drew back her head, and said in a choked voice, ‘but Behlül Bey, you’re mad, please let me go.’ Then suddenly she saw Behlül as he had been that day in Göksu, behind Peyker, leaning towards her, his lips quivering with a passionate, loving kiss.

This had escaped her so involuntarily that she instantly regretted it. But now Behlül had caught up both her hands and was kissing them with constant little pecks.

‘No, no,’ he was saying. ‘Not after Peyker. You, before everyone you, only you, do you understand? You will be the only one in my life… Think of it! Why shouldn’t we love one another? Yes, why?’

She was shrinking away with an unintended fear, and Behlül, in concert, was drifting after her. They both found themselves before the window. Bihter could say nothing, and Behlül, returning abruptly to reality in the half-light of the window, was standing with his chest puffed out, as if panting from some terrible dream.

They were both gazing out of the window. Mist everywhere… Only the tiny, little, white snowflakes, falling steadily, caused the prospect of the opposite shore — now all in shadow — to tremble. It was as if a tableau painted with some tenacious vapour was crumbling piece by piece into into the sea. Bihter was watching absently, but she could not think. Now in her mind too, was something drawn with mists, in her mind too, all her judgements seemed to be overwhelmed by mists and spilling piece by piece into the sea. She felt as if now, at this moment, something resembling that nightmare that followed on the Göksu outing was rolling her into a deep abyss.

Suddenly, with a final gesture of fortitude, she turned. ‘Leave me,’ she was saying.

But Behlül, without uttering a word, had taken her by the shoulders, and now he was covering her face, her neck, her lips, her hair, with wild kisses.

In the room, the red eyes of the stove were lowering their eyelashes. Outside, little white snowflakes were falling continuously and drowning the whole horizon in white mists.

[1] – Yenge – Turkish has many more words than English to describe family relations. ‘Yenge’ is a term of address for a woman who has married into the family; in particular, the wife of an uncle.

Enter your email address below and I will notify you when new chapters are posted. 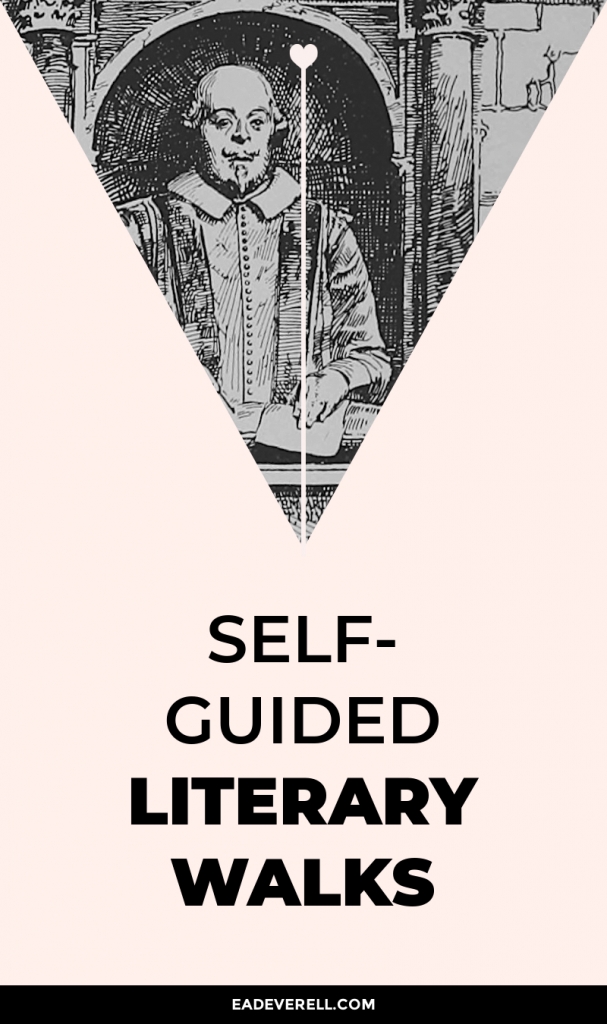