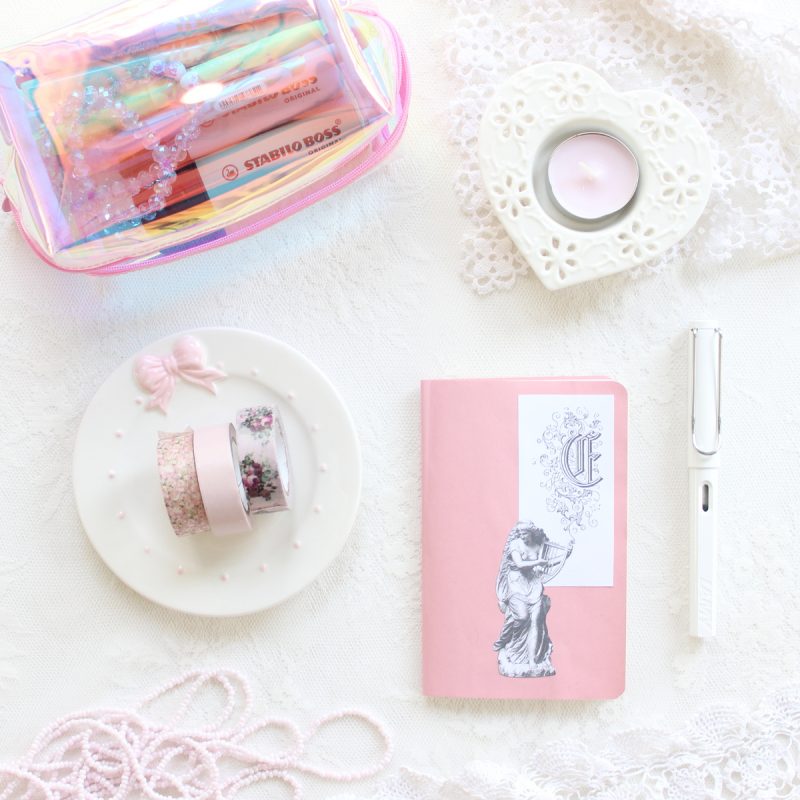 During the month of July I wrote the first draft of my law of attraction novel, Alemmia. I’m using “law of attraction” as a blanket term. What really attracts me is exploring reality creation – an inexhaustible subject! Alemmia is a beautiful Mediterranean island full of roses and magic, and the series will follow Lucia as she visits on her summer holidays and grows to learn how she can have whatever she wants.

So many beautiful, private signs found me during the composition of this novel that I’m more than eager to begin edits (and the “manifestation travel guide” that will accompany the books)! Be sure to sign up as a beta reader if you would like to be the first to read this story. ;) 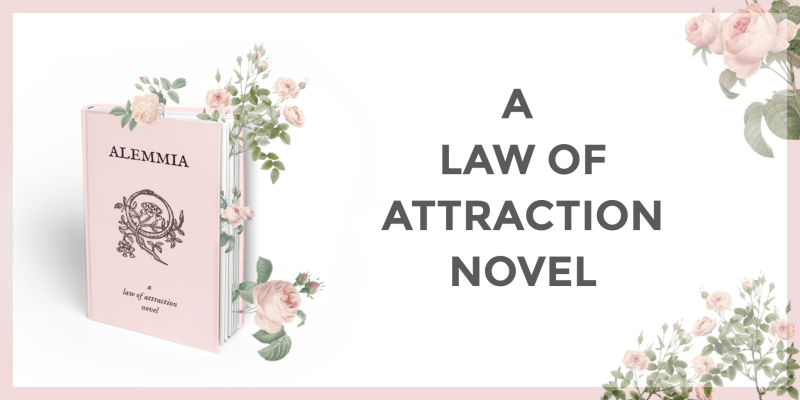 I’ve mentioned before how the Apple word of the day screensaver is always bringing me messages. During the new moon I was catching up on Leeor Alexandra’s livestream, paused to write about the new moon, looked up and saw floating across my screen, the word, “manifestation”. The time? 11:11.

I was also lucky enough to be in the path of the longest lunar eclipse of the century. There is something very symbolic about seeing our collective shadow, I think.

I treated myself to some graded pencils as a reward for finishing the first draft of my novel. 😊 ⠀⠀ ✒️ #amwriting #writerscorner #authorlife #writersnetwork #igauthor #writingcommunity #writerscommunity #stationerylove #journaling

I finally got around to reading Jung’s article on synchronicity. It makes a few interesting claims in trying to explain this phenomenon scientifically. To the best of my understanding:

1 | The problem of statistics
Statistics deal with an average world that ignores the exceptions and aberrations. According to Jung, these “outliers” need to be studied for proof of acausal relationships. The fact that this domain disappears as larger and larger numbers are involved seems noteworthy to me. We operate under the belief that scientific studies are more correct the greater number of cases they study. The margin for “error” is diminished. But this also means that what holds true for the statistical “whole” does not hold true when applied to the “real world” individual, which keeps the rule from being universal. Shouldn’t the scientific truth hold for the specific as well as for the general?

The statistically significant statement only concerns regularly occurring events, and if considered as axiomatic, it simply abolishes all exceptions to the rule. It produces a merely average picture of natural events, but not a true picture of the world as it is. Yet the exceptions—and my results are exceptions and most improbable ones at that— are just as important as the rules. Statistics would not even make sense without the exceptions. There is no rule that is true under all circumstances, for this is the real and not a statistical world. Because the statistical method shows only the average aspects, it creates an artificial and predominantly conceptual picture of reality. That is why we need a complementary principle for a complete description and explanation of nature.

We’re all familiar with the idea of bias influencing experiments, but Jung argues that the emotional states of the subjects and the testers can also directly influence the data, both during collection and collation. Furthermore, if the emotions are to be affective, interest (or what he calls the “abaissement du niveau mental”) needs to be continuously renewed, to allow the unconscious greater freedom.

One consistent experience in all these experiments is the fact that the number of hits scored tends to sink after the first attempt, and the results then become negative. But if, for some inner or outer reason, there is a freshening of interest on the subject’s part, the score rises again. Lack of interest and boredom are negative factors; enthusiasm, positive expectation, hope, and belief in the possibility of ESP make for good results and seem to be the real conditions which determine whether there are going to be any results at all.

An interesting claim, especially in light of the feel-good principles of so many law of attraction techniques. 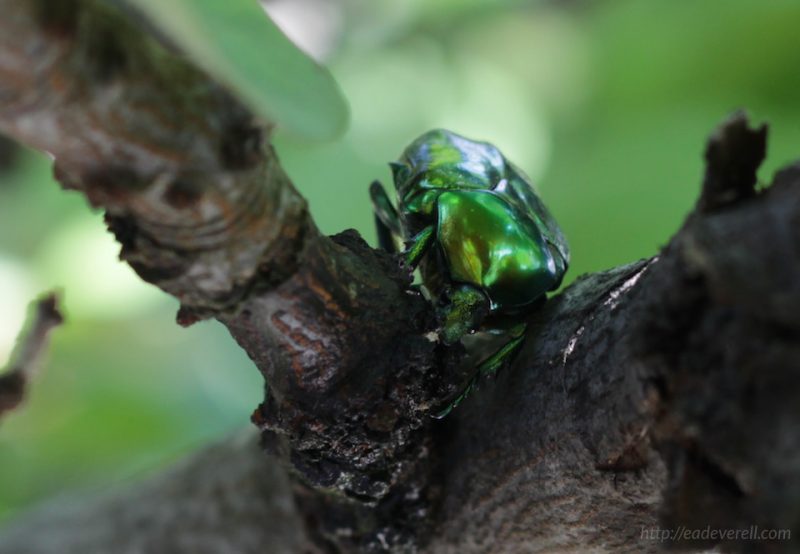 Finally, on the subject of meaningful coincidences… having used the rose-chafer as a symbol in Alemmia, and having enjoyed befriending one who appeared at a strategic juncture during last month’s composition, I was hardly surprised to find Jung give his example of the Cetonia aurata. So synchronicities lose their impact… to accept the existence of magic or miracles one must allow them to become commonplace… but at the same time it seems possible to me to hold in mind the magical nature of all that is taken for granted, especially when looking at a creature as remarkable as an emerald beetle.

The protagonist of Alemmia is relating a summer holiday when she was 8-years-old, but not having any children in my family, and having avoided children assiduously ever since I was one myself, I realised I know nothing about the species. So one day last month I took the courageous step of chatting to a child I encountered in a shop. I talk to strangers all the time, but this was the first time I’ve ever initiated a conversation with a strange child. Points for stepping outside my comfort zone!

The kid’s aunt was telling him off repeatedly for picking things up, and he looked terribly bored, so I asked him how old he was, and after some hesitation he told me he was 8. Bingo! I asked him what was his favourite thing to do, but he didn’t understand, so I said, “if you could wake up one day and do whatever you wanted to do, what would you do?”

I’m afraid I was fully expecting him to say, “play football”. Then I saw that he was wearing a dinosaur t-shirt and I wondered briefly whether I might actually have been lucky enough to chance upon a palaeontology nerd.

He thought for a while, then said, “I don’t know. But if you ask me what thing I would like, I can tell you.”

Me (laughing): “You must be hungry a lot! But wouldn’t it go bad in the sun?”

Me (laughing again): “But that wouldn’t work! The hamburgers would be too soft!”

Me: “So would the roof of your house be the hamburger bun?”

Child: “Yes, the roof would be the bun, and the walls would be lettuce, and tomato, and the chairs would be made of meat.”

Me: “And what about dessert? Don’t you like sweets?”

Me (fairly nauseated): “Yes, you’d get thirsty after eating your hamburger.”

“You made a friend.” said his aunt. “What have you been talking about?”

“Hamburger houses,” I told her.

She laughed. “Come on let’s go,” then, as he disappeared around a corner. “Say goodbye!”

“I hope your dream comes true!” I called after him.

I sound like I was trying to pick his fantasy apart, but having been diverted from my original question I was mostly curious to know if and how he would try to rationalise his desire, and how clever he would be at inventing explanations. Considering his readiness to talk about the hamburger house, I suspect that he had already answered this question, perhaps for school, but clearly it had a draw for him, because he talked about it with much animation and never gave any indication that he was embarrassed by his wish, or anxious about its coming true.

It is interesting that he chose something so fantastic, without any attempt to limit himself to realism, although I have heard other people mention that they had fantasies of never-ending food supplies when they were children, so I don’t think it’s uncommon. In fact, I came across a mention of this “phenomenon” in The Hero with a Thousand Faces:

The motif (derived from an infantile fantasy) of the inexhaustible dish, symbolizing the perpetual life-giving, form-building powers of the universal source, is a fairy-tale counterpart of the mythological image of the cornucopian banquet of the gods.

I had initially wanted to know what 8-year-olds busied themselves with, but perhaps that was a stupid question after all. I don’t suppose there are many kids who decide what to do with their time, even during the summer holidays. They wake up when breakfast is ready, they get dressed in whatever their parent puts out for them, they go shopping when their aunt feels like it, they play with their friends when they visit, they do their homework when forced to, and they get bored a lot.  At least, that’s my assumption.

And after all, considering my subject is the law of attraction, I could hardly have asked for better research material than for an 8-year-old to tell me about his desires!

A few MOOCs that I thought looked interesting:

Don’t forget that The One Page Novel and How to Be the Heroine of Your Own Story are currently open.

Also, in case any Lady Writers League members didn’t get the message: we are organising our first League short story anthology! Details are here, and the deadline for submission is 31 August.

One of my obsessions for the past couple of years has been crocheting granny square blankets with self-striping yarn. In particular I’m hypnotised by the colourways of Ice Yarns’ Magic Light, which I pair with a solid colour of Gonca. I can’t vouch for the quality of the yarns – they’re acrylic, nothing fancy, and different colours feel different – but the enjoyment of watching the colours change far outweighs the joy of finishing a blanket. If you’re familiar with crocheting granny squares, here are my specs (using AMERICAN crochet terms):

1 pack of Magic Light and 2 of Gonca is enough for a single-size blanket.

🖤 ⁠I've uploaded another chapter of my transl

What more could you want? 😉⁠

This is my current reading: HOMO LUDENS by Johan H

3 ONLINE WRITING COURSES
to fall in love with your craft...
01. Plot

Discover an elegant solution to your plot tangle.

Construct a paper miniature of your story world.

Limited Offer
Your plot, your character & your story world... on ONE PAGE.
Prepare for an Epiphany!