A character arc is a simple way to visualise your character’s progress through the story, whether it’s a binary comparison of their beginning and end states, or a point-by-point graph of their emotional ups and downs… 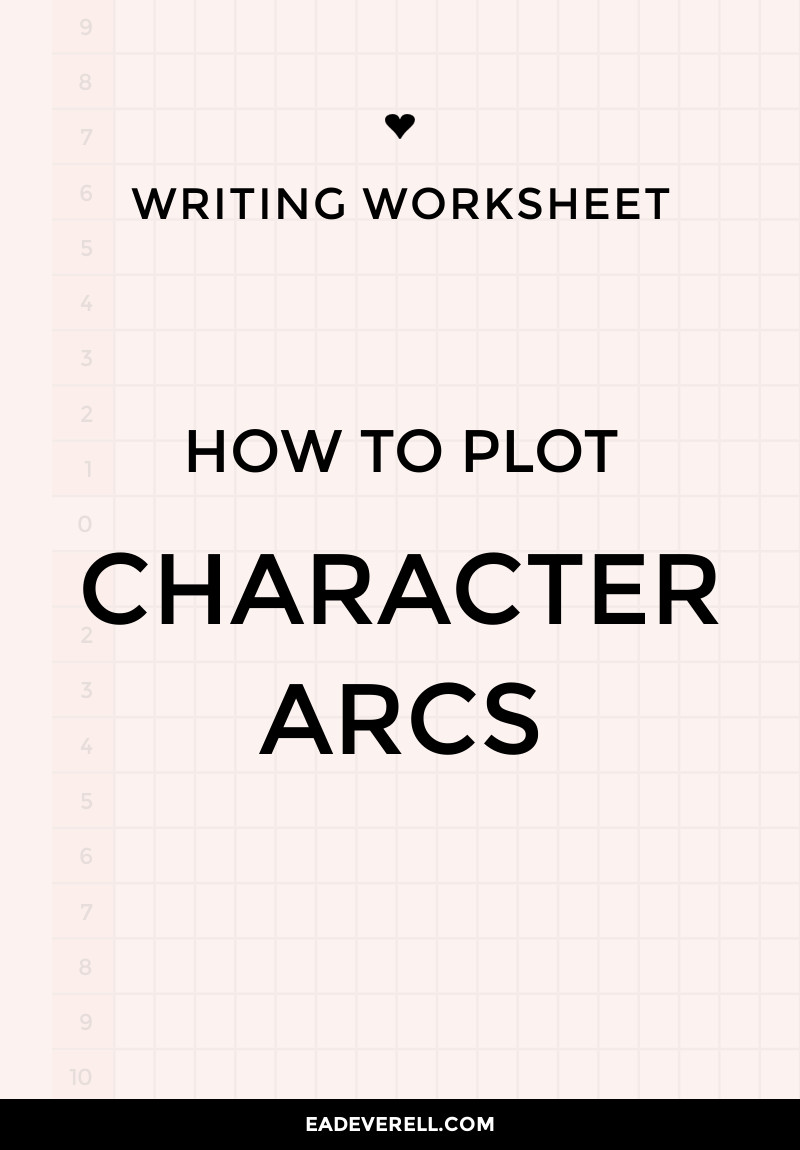 Last week we studied how characters change, and this week’s worksheet offers a simple method for visualising that change.

What is a Character Arc?

A “character arc”, sometimes also called a “character development arc” or “emotional arc” is the sum of the changes that the character undergoes throughout the story, or series of stories. The “arc” itself is generally a metaphor, although it can be plotted like a graph. Usually, the main focus is on the difference between the beginning and end state of the character, so that the overall shape of the graph will resemble an arc, but charting the character’s changes in fortune up or down a scale can also be useful in determining…

How to Plot a Character Arc

There are several different metrics that can be plotted on a character arc. In his humorous explanation of story shapes, Kurt Vonnegut labels his axes:

Here is his chart for Cinderella.

Cinderella begins the story at a low-point – her mother has died, and her father has married a horrible woman with horrible daughters. The steps represent the Fairy Godmother’s gifts, the sharp fall, the stroke of midnight, and the infinity sign, the “happily ever after”.

Despite the simplicity of the idea, and Vonnegut’s light-hearted approach, he had previously proposed exploring this theory in his MA dissertation.

In Chicago, Vonnegut worked as a crime reporter for the Chicago City News Bureau and enrolled for an anthropology course at the University of Chicago, which in 1947 failed his MA thesis on Fluctuations Between Good and Evil in Simple Tales; in 1971 the anthropology department accepted his novel Cat’s Cradle (1963) in lieu of a thesis, and finally awarded him his degree. – from Vonnegut’s obituary in The Guardian

Like many scholars famous for their plot structures, Vonnegut was studying anthropology, and it was the comparisons he drew between storytelling and myth that led to his epiphany. In Palm Sunday he writes:

“But then I said to myself, Wait a minute — those steps at the beginning look like the creation myth of virtually every society on earth. And then I saw that the stroke of midnight looked exactly like the unique creation myth in the Old Testament. And then I saw that the rise to bliss at the end was identical with the expectation of redemption as expressed in primitive Christianity.

The tales were identical.

I was thrilled to discover that years ago, and I am just as thrilled today. The apathy of the University of Chicago is repulsive to me.”

However, there is something missing from Vonnegut’s diagrams. He considers Cinderella’s beginning state as miserable because her father has remarried. But clearly her misfortune is the Stepmother’s good fortune. In fact, it may be the case that an antagonist’s character arc is the inverse of the protagonist’s.

Another (related) difficulty is one that Vonnegut addresses when he’s talking about Hamlet. Namely, what is good fortune, and what is ill fortune?

Is the stroke of midnight ill fortune? Yes, it takes Cinderella away from the Prince, but perhaps we could argue that the time they spend apart is necessary for their romance to blossom?

What about losing her shoe?
What about making it back to the carriage in time?

Whether we think about the matter on a cosmic, personal, or narrative level, it’s difficult to pin down, which should perhaps tell us something about our perception of our own good or ill fortunes in life!

So, given the problems of Vonnegut’s G-I axis, here are some metrics that might be simpler to track:

Your choice will depend on what you want to gain from plotting your character arc. Refer to the suggestions at the beginning of this article and decide which would be most helpful to you in writing or editing your story.

How to Develop a Character Arc

A 2016 research study, inspired by Vonnegut’s work, analysed the emotional content of over 1700 English books and found that the emotional arcs correlated around 3 basic shapes, along with their 3 inverse curves:

In a sense, this is not a surprising pattern. It is familiar to us from poetic metre, and logically, these 6 shapes comprise all of the permutations of a binary “foot”. But they’re still a helpful starting-point for constructing your own character arc.

You can also play around with the online Hedonometer the researchers developed, and view the curves for many public domain titles, and for the Harry Potter books.

For more information on how to develop your character arc, I recommend taking a look at the following resources:

What is a Strong Character Arc? 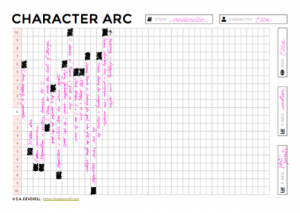 Please note that if you only include scenes that affect the character’s score, as I did in this example, then the graph won’t accurately depict the passage of time on the x-axis, in the way that Vonnegut’s story shapes does. Instead, you can include every plot point in the story, or number the horizontal axis by time unit, such as hours or days. 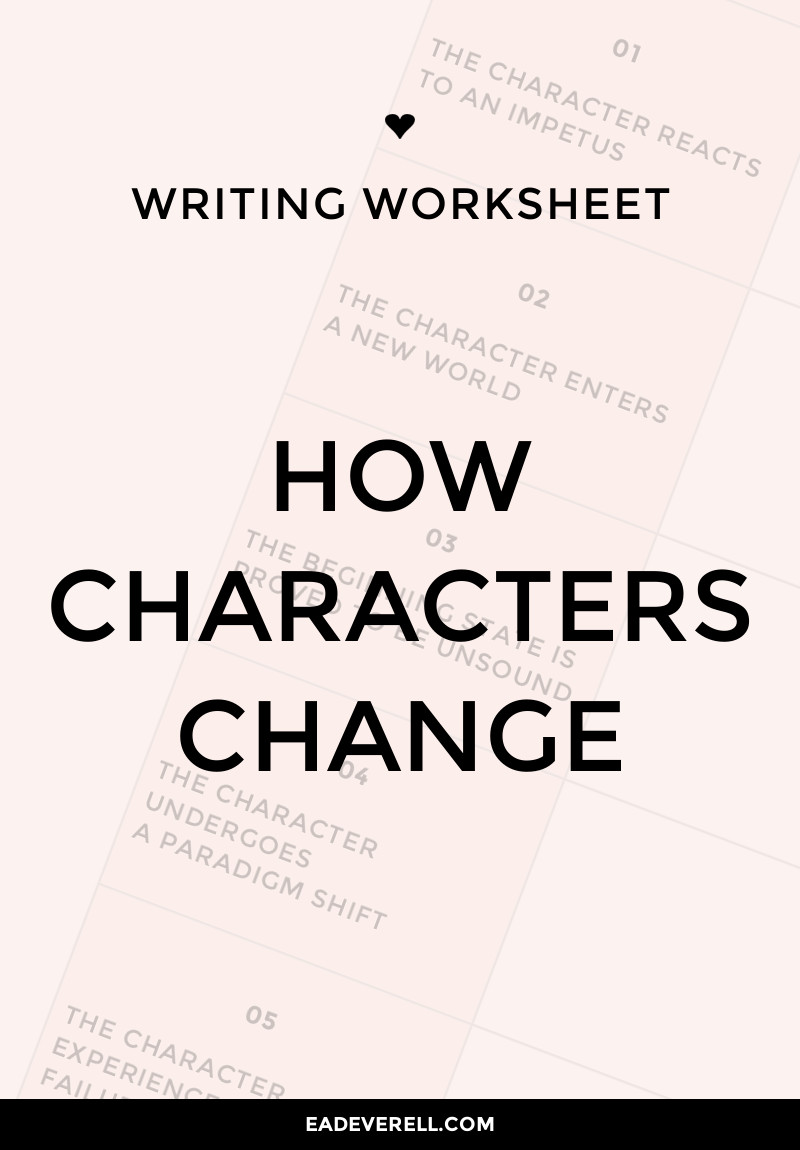