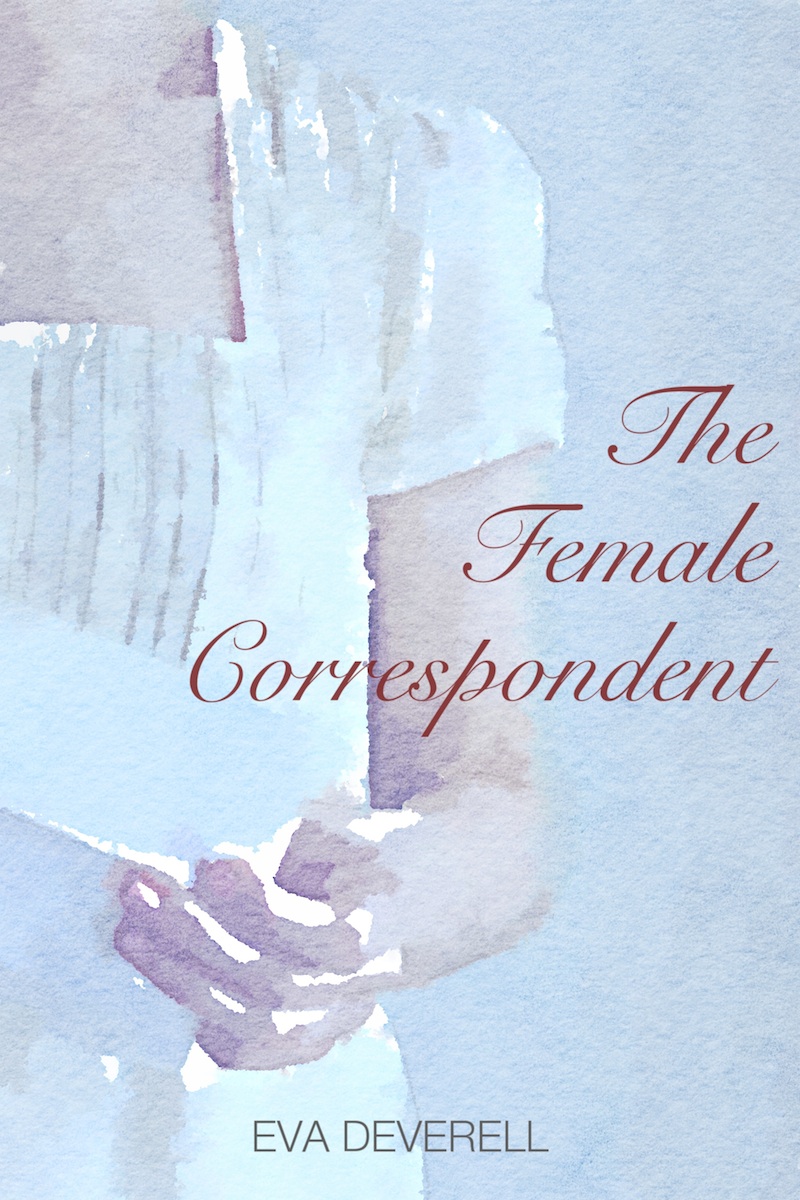 I have been so delighted by all of the wonderful (and numerous!) comments, votes and downloads that my regency short story, The Female Correspondent, has received, that I thought I might indulge myself by discussing my inspiration, research and the difficulties I encountered in writing it.

SPOILERS! If you’d like to read the story first, you can do so for free on Amazon US or Amazon UK.

SYNOPSIS: Beatrice Debord has assumed a male pseudonym in her correspondence with famous botanist, Henry Burbank. When, impressed and intrigued by her knowledge and reticence, he seeks out his correspondent, Beatrice is forced to invent a series of lies for the fictional Mr. Allenham’s whereabouts. A historical regency romance in the vein of Georgette Heyer.

For the inspiration and information behind the story, I am indebted to Ann Shteir’s Cultivating Women, Cultivating Science, a fascinating study of women botanists from the late-18th to mid-19th century, which I originally picked up to help me with my steampunk/biopunk series. The article, Botany in the Pub by Anne Secord was also key in writing the chapters, ‘A Country Ramble’ and ‘Accomplishments’.

Letters, as well as being the only means of communication in the regency era, were also frequently used in instruction, especially in simplified botany primers for women and children.

“Letters and conversations had special prominence as literary technologies in eighteenth-century England. The epistolary form and the dialogue or conversation, touchstones in literary and cultural history, were foundational narrative modes for fiction, pedagogical writing, and popular science writing, and also underlay the nascent advertising industry of commercial culture… They were an excellent form of scientific instruction for those living in relative isolation from centres of science culture and those with little or no access to public institutions of science and scientific learning. Letters brought science to aristocratic pupils or to mothers and children on their country estates, surrounded by nature yet lacking the training to study it. Letters also were an acknowledged way to bring neophytes into science… Within botanical culture, the epistolary format became one important convention for teaching women and young pupils about botany; Rousseau used letters to teach botany to his friend Madame Delessert, and Thomas Martyn continued the format in his Letters on the Elements of Botany (1785).” (Shteir, pp. 81-2)

It is interesting that we still use electronic letters for advertising and teaching. The dialectic nature of correspondence seems to be an indispensable form of communication, especially when we wish to have the full attention of the other person, and to engage them in an intimate exchange. Unfortunately, like the letters of Isabella, these sometimes go unanswered. ;)

Many scientific men, especially those composing floras, had networks of informants who sent them dried herbarium specimens from the country. Jean-Jacques Rousseau, William Hooker, and later, Charles Darwin, all benefited from these networks, which often included women diligently employed in observing, gathering, identifying, and sometimes sketching plants. Some women, however, like Jane Loudon, Lydia Becker and Agnes Ibbetson, took up the study of botany more seriously. They corresponded, wrote books and submitted articles to scientific institutions, usually via a male relative or correspondent. As often as not, they were dismissed. Ibbetson, who was one of the inspirations for Beatrice, had a plant named in her honour in Curtis’s Botanical Magazine, but unlike Beatrice, she did publish under her own name. At least after some initial confusion:

“When she submitted her first two reports to Nicholson’s Journal, she signed her letter ‘A. Ibbetson.’ The journal attributed authorship to A. Ibbetson, Esq.’ and ‘Alexander Ibbetson,’ and she did not correct this until the conclusion of her third submission: ‘The Mistake made by my directing my letters to be sent to Mr. I. has led you into an error. It is Mrs. Agnes Ibbetson, who has the honour of being your correspondent’… By the early nineteenth century the climate for female scientific contributions had chilled, and a scientifically-minded woman might easily think it advisable to mask herself on first entry into publication.” (Shteir, 128)

Ibbetson wasn’t always correct in her conclusions, but her exacting methods and diligent study were remarkable. I quote at length from her Address to the Public because its humbleness can’t fail to arouse the reader’s sympathy:

Aweful as it is, as it must be to a woman to present to the Public a work of science: The reflection that it is the result of near 16 years hard study can alone give me courage to offer it. The apparently daring plan of altering a science in all its parts from my own knowledge may revolt. I am truly sensible, and make my attempt appear too presumptuous. But with all humility, I may declare I never thought or imagined such a scheme, my whole Idea consisted in dissecting plants, and by never ceasing attention, care, and labour follow all the yearly changes both without and within the plant, in order to discover the course of nature thus hidden in her secret paths: This was undertaken for amusement: having no memory for common botany, I chose a study more fitted to my abilities which I knew to be perseverance and the power of enduring excessive labour…

I present then the child of my old age to the public, and though the kind and favourable manner a mutilated part of this work was received has given me courage to complete it, yet I shall make use of no supplications, no excuses, no deprecatory speeches in favour of the work: The love I have for the science, instigated me to write it, and if the discoveries here made, will not be useful to the science; I do not even desire it may outlive its presentation: Not that I am indifferent to fame, the approbation of the public would gild with a glorious ray my declining years and even my death: But I wish only to obtain the suffrages of the public from deserving them. To that Public therefore I leave it well assured, if I merit its approbation, I shall receive it. (Shteir, pp. 133-4)

We owe much to women like Ibbetson. She was willing to work to the full extent of her society confines, but even more than that, I am impressed by her as an individual. That she understood her disadvantage as a female, but decided to turn something negative into something positive and use her abilities of “perseverance” and “enduring excessive labour” to follow her bliss is particularly inspiring, as is the struggle of a hard-working person cut out by the establishment.

“Her sole institutional affiliation was to a primarily agricultural group, the Bath and West of England Society; she was named an honorary and corresponding member in 1814, and her paper ‘from the hand of a scientific Female Honorary Correspondent’ was read at the annual meeting.” (Shteir, pp. 134-5)

Lydia Becker, a staunch suffragist, used her botanical findings to argue the equality of the sexes, but was recommended, by a Cambridge botany professor, to return to “the gentle science of Botany.”

Later in the century, Beatrix Potter, who was a keen mycologist and a skilful illustrator, had an article accepted by the Linnaean Society, though as a woman she could not be admitted for its reading. She had already been rudely set down by the director of Kew, William T. Thiselton-Dyer, and even with her uncle as scientific mentor, her work went unrecognised, and she is still known only for her children’s books, and not for her scientific contribution.

It is regrettable, in a sense, that Beatrice Debord’s only chance at acclaim must come through a (real or fictional) man, but such was the society she was born into. I like to think that Henry Burbank’s eventual recognition of Beatrice’s importance is a nice tribute to the scientific method and its triumph over the male ego, and perhaps, a little, to love. :)

What I Would Do Differently

If I were to rewrite the story, there are a few things I might do differently: